18 Animals Amazing Only Found in the United States. The United States is home to a vast array of creatures that can be found only there from fearsome alligators to the world’s rarest wolf. Here are 18 of those Critters. 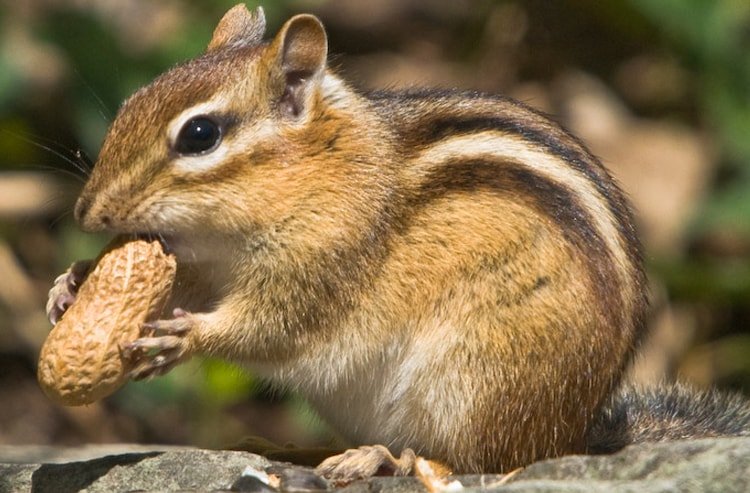 Small even for chipmunks these rodents measure around 8.5 inches long and a native to southwestern states in the US including Colorado, Arizona, and Utah. They’re known for the speed and agility able to scurry over the sheer rock faces of buttes and canyons and perch atop boulders to look out for predators like hawks. Experts say this species of chipmunk is so timid that even those individuals born in captivity might never become completely time 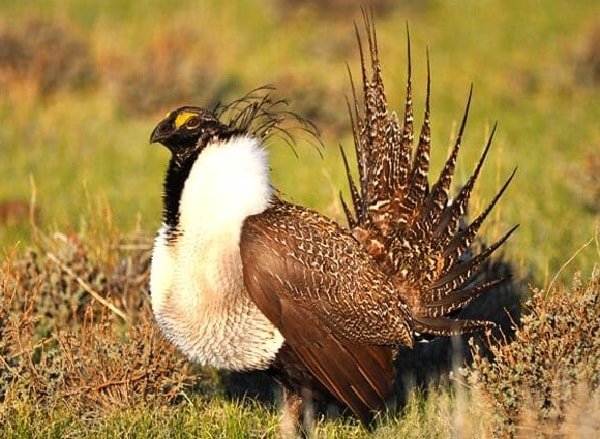 Grass are birds that are related to chickens and turkeys. This species is also closely related to the better-known greater sage-grouse which is the largest of its kind in North America. But this smaller bird has thicker plumes about its head and is known for their elaborate courtship rituals. Every spring the males will strut the stuff while the females pick and choose their preferred nights. The native to southern regions of Colorado and Utah.

These birds measure a mere 89 mm long and like all hummingbirds, it has an extremely rapid metabolism which requires it to feed frequently. The males of this species are known for the fearlessness and aggression. Chasing off rivals from the territory that even bold enough to go after predatory birds larger than themselves including hawks. These critters are native to several counties in Southern California including Los Angeles and Orange counties 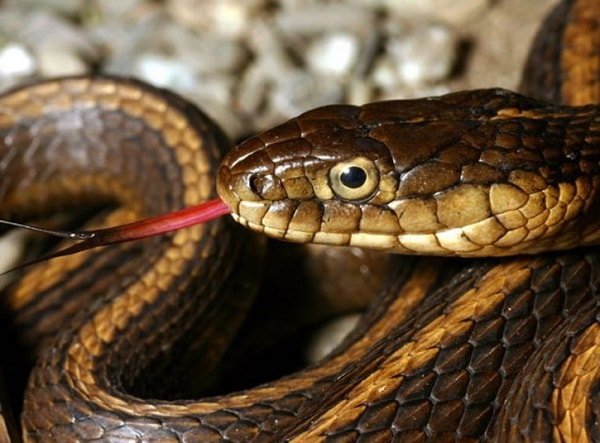 Giant garter snake seeing a snake that measures more than five feet long. Well, your first impulse might be to run but in the case of this large garden snake, you can make do with a brisk walk instead as opposed to an outright scramble and that’s because that while this serpent is venomous, it is harmless to humans. Its venom contains a mild neurotoxin that subdues its prey but the effect upon humans would be no worse than an itchy red rash around the bite area primarily. 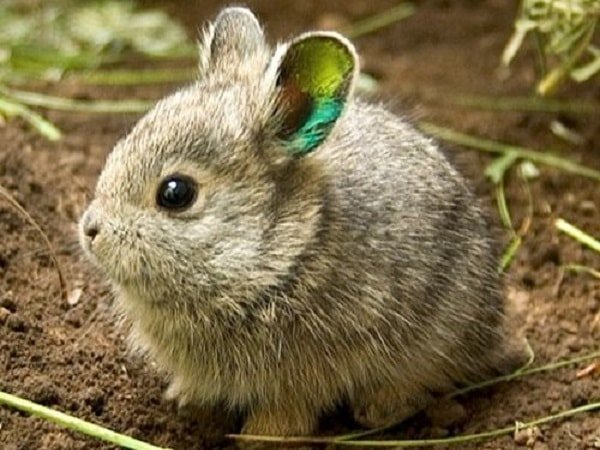 If you are familiar with the Tim leopard, you know that it refers to a member of the rabbit and hair families. Well, this is the world’s smallest leopard or rabbit weighing just over a pound and measuring about 11.5 inches. The pygmy rabbit is certainly that you can find them in the Great Basin states of the West including Wyoming, Oregon, and California. 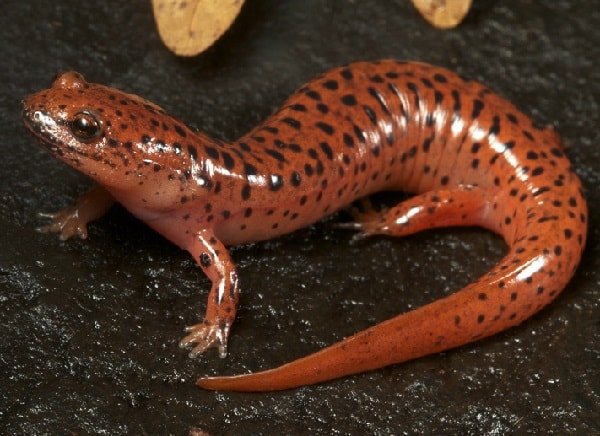 Measuring more than seven inches long. These amphibians can be found in the eastern part of the U.S and habitats ranging from forests to Rivers. The semi-aquatic creature’s skin can range from orange to bright red with black spotting that runs down its back. Interesting to note that this species belongs to a family that has no lungs. So they actually respire through the skin. 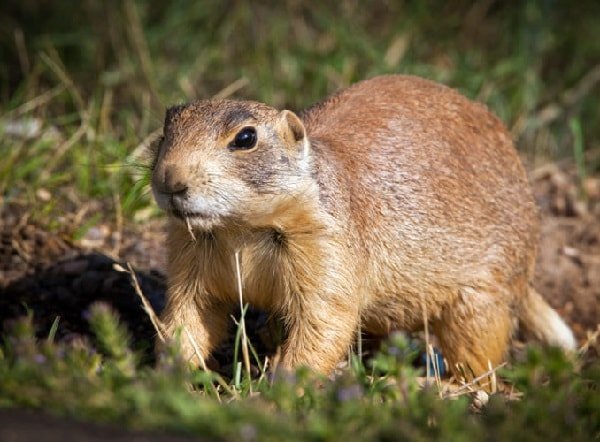 This smallest species of prairie dogs can weight a little over 3 pounds and a native to the South Central Region of the state of Utah. No doubt. You already know that these Critters are not really canines but are rodents. That is closely related to squirrels. They are known to build towns and those are elaborate systems of underground tunnels and chambers. Housing members of prairie dogs have extended families. 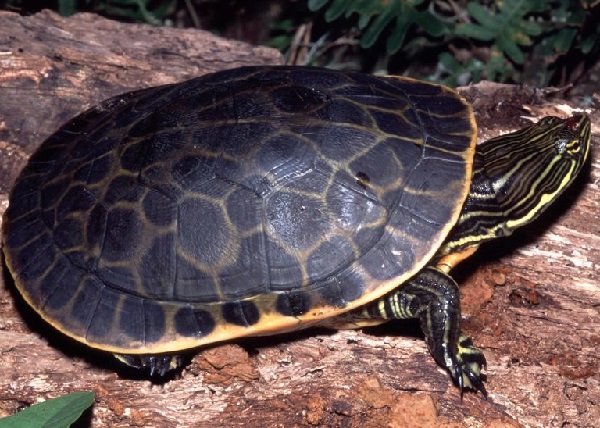 Thanks to some distinctive physical traits. This is considered to be an unusual species of freshwater turtle endemic to the southeastern part of the United States. The striped necks are uncommonly long nearly half the length of its pear-shaped carapace. Also of note are the reptiles webbed feet and the propensity to be semi-aquatic living on the land or in the water. And as for why they’re called a chicken turtle. Well, it’s not because of the Cabot lie, it’s because the turtle’s meat is said to taste like chicken. 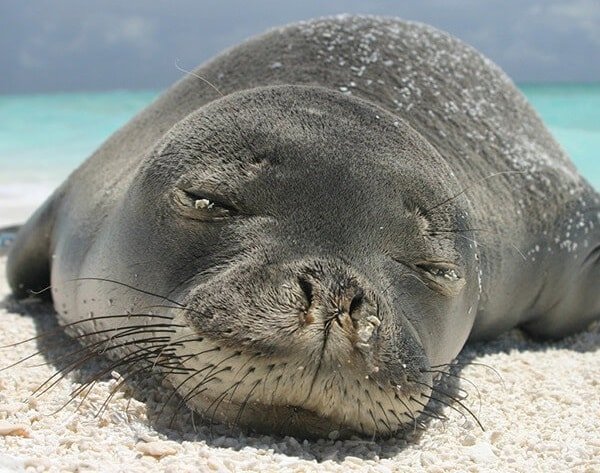 This monk seals endemic to the Hawaiian islands and it is one of only two mammals that are native to the islands now. Unfortunately, these earless seals are an endangered species with about 1100 of the marine mammals remaining. 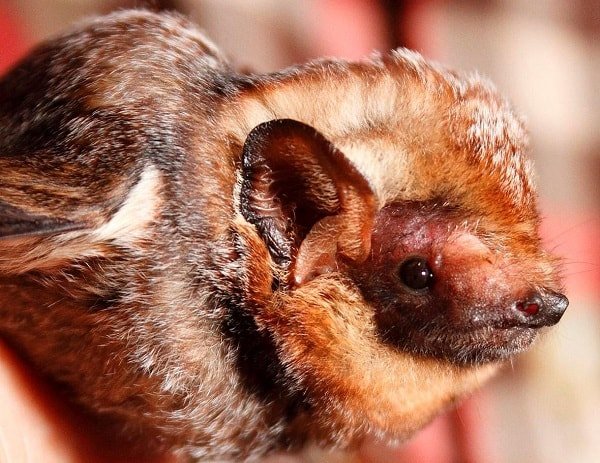 That since we just mentioned that the monk seal was one of two mammals that are native to the Hawaiian Islands. Let’s talk about the other one, the Hoary Bat gets its name thanks to its perceived Frosty appearance of the fur which has white highlighting on its back. The nocturnal insectivorous can have a wingspan of about 13.5 inches, but to date, the life history of these bats is still a mystery. 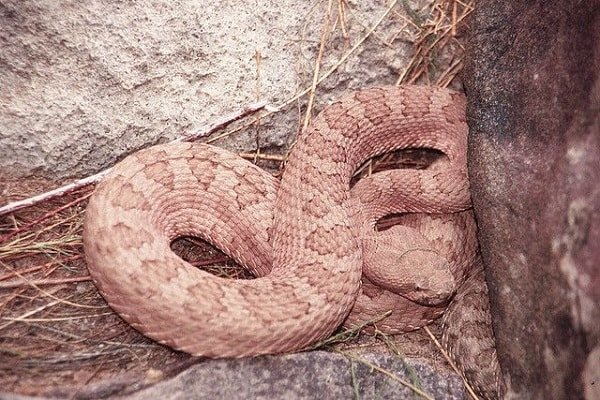 More than 5 million people make the trip to Grand Canyon National Park each year. While most people go there for the spectacular scenery and this is one site. You really don’t want to see the Grand Canyon rattlesnake is found only there in a variety of habitats that includes grasslands Pine forests, and the bottom of the canyon itself. The venomous pit viper measures about 54 inches long and can be active Around the Clock. 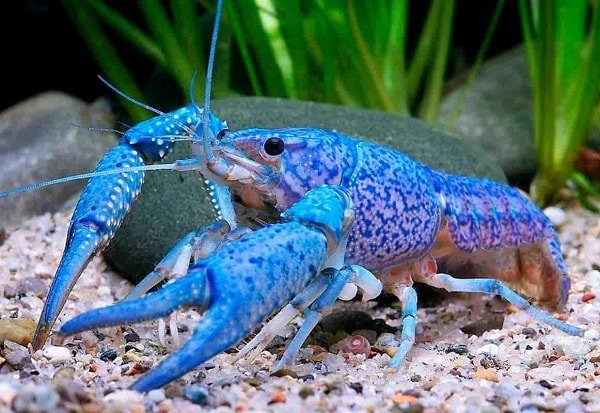 So this animal has the blues but in a good way, the freshwater Crustaceans are native to Florida and thanks to the cobalt blue coloration. The crayfish are highly desired in the worldwide aquarium trade. Did you know that by feeding on organic waste and dead fish the crayfish serves to help keep lakes and rivers clean? 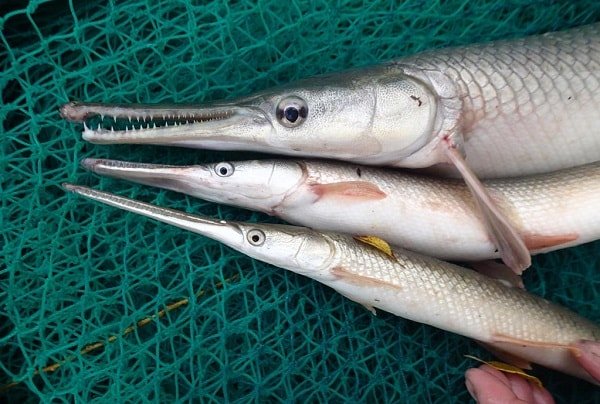 With a range that can span the Mississippi Valley Basin to the Gulf Coast. These fish are Ambush Predators known for the prehistoric appearance grown to about 24 inches long. The body is encased within rows of interlocking scales that serve as a protective armor referring to inhabit calmer Waters. The gar plays a role in maintaining ecosystem equilibrium by preying on minnows that can ravage game Fish populations. 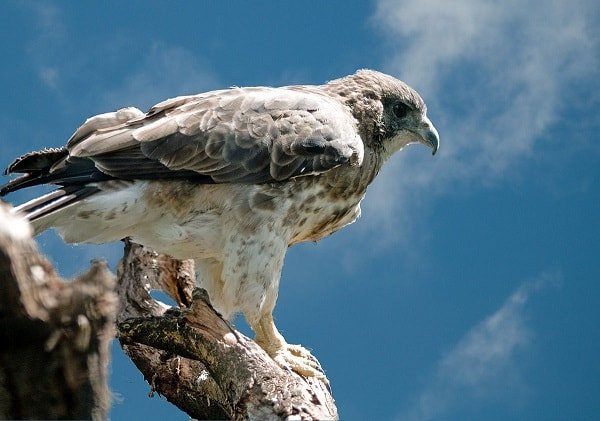 These Rafters are also known as the IO. They are native to the Aloha State and are easily identified by the Stout bulky bodies known as versatile opportunistic Predators. The birds serve as a royal symbol of Hawaiian Legends and are sometimes referred to as the exalted Hawk. 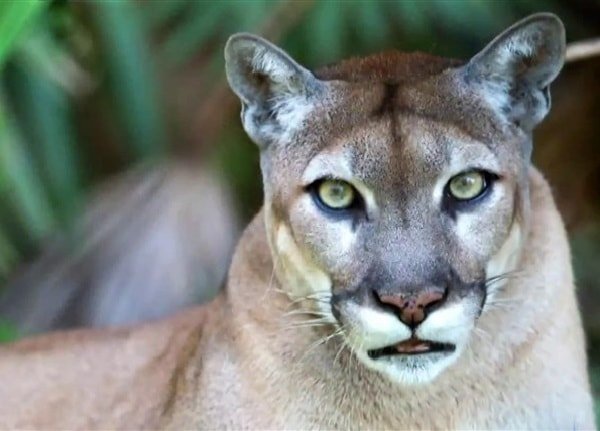 These subspecies live in the swamps and forests of Florida as you might imagine and it’s sometimes referred to as a mount line a puma or Catamount. They can weight up to 160 pounds and typically prey on animals ranging in size from small hairs to Lodge a whitetail deer. It’s even been known to take on the American alligator, which is actually the cat’s natural predator. Most recent estimates placed upon the population at around 160 individuals. 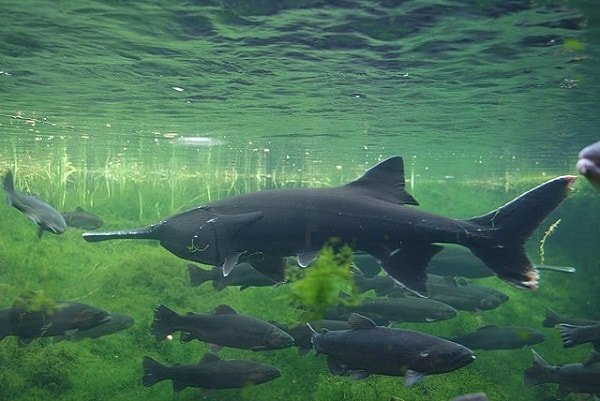 This fish has been swimming around for more than 300 million years native to the Mississippi Valley Basin. These are some of the largest freshwater fish found in North America going about five feet long and weighing around 60 pounds. The name stems from the Rostrum or the paddle-shaped appendage that extends about one-third the length of the body. 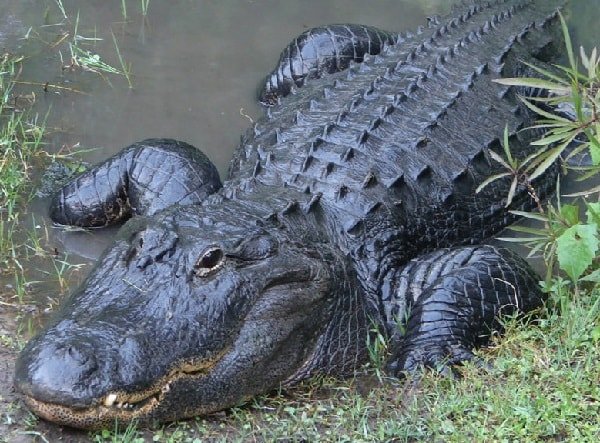 Down in the Southeastern U.S, these Critters are more commonly referred to as Gators. Residents may have gotten used to the big reptiles but make no mistake weighing around a thousand pounds and exceeding 15 feet long. Gators are aggressive apex predators ready to Chow Down the fellow reptiles, birds fish, and mammals, which could include a side order of human meat. Sources indicate there have been at least 28 fatal attacks on humans since 1970. The American alligator is the official state reptile of Florida, Mississippi, and Louisiana. 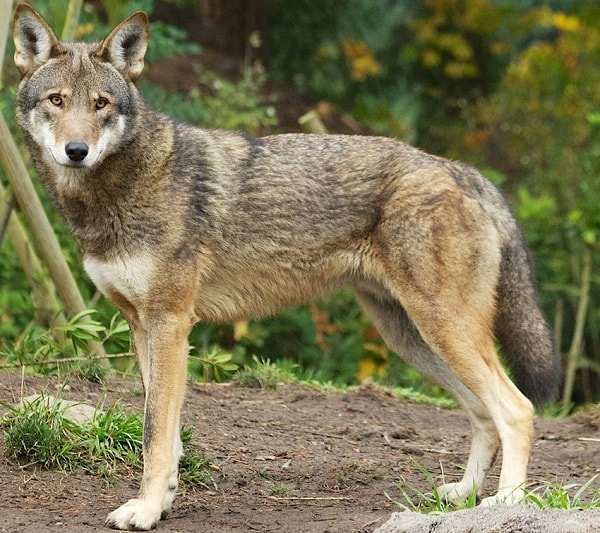 These cannons also are known as the Florida black wolf or the Mississippi Valley wolf. Which ought to give you some idea where they can be found. These animals have inhabited areas of the southeastern U.S for the past 10,000 years or so. They present something of a taxonomic mystery there since they look and behave like the hybrid of a gray wolf and a coyote but their exact lineage has still not yet been officially determined. Did you know that this is considered to be the rarest species of wolf, but it’s also one of the world’s most critically endangered wolf species as well?