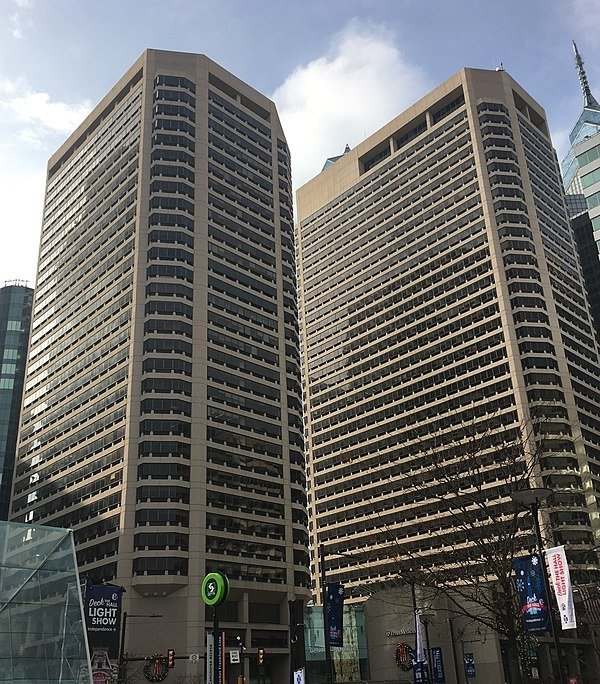 The two-tall Centre Square towers in Center City Philadelphia were constructed in the 1960s. The East tower is 417 feet tall, and the West tower is 490 feet tall. Both towers were designed by Vincent Kling & Associates. The building’s largest tenant is Willis Towers Watson.

You may also like: Top 10 Longest Wooden Ships of the United States 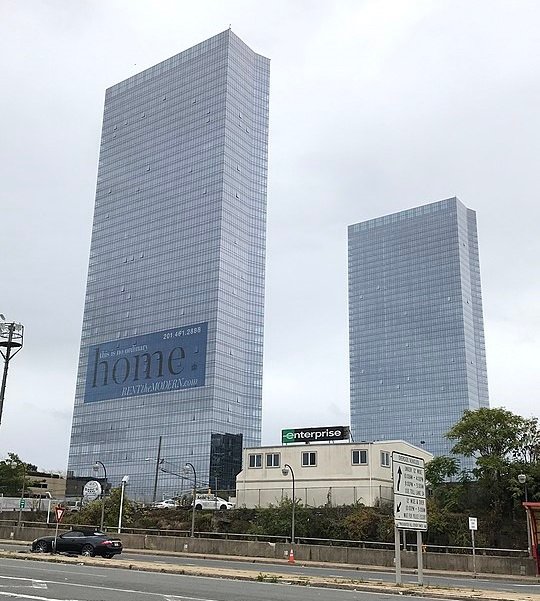 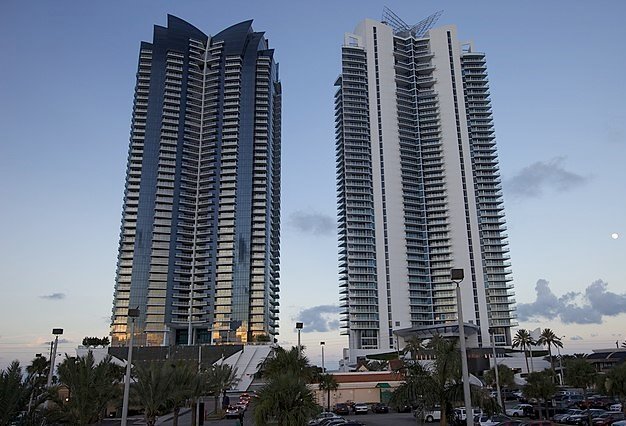 Located in Sunny Isle Beach, Florida, the Jade Ocean and the adjacent Miami Beach Tower are among the tallest twin buildings in the United States. Jade Mountain is a luxurious resort property with a picturesque setting, rising 574 feet above the shoreline. Jade Ocean residences are the epitome of luxury. Many celebrities have visited and lived at the Jade Beach condos. These towers feature some of the most advanced technologies available in a high-end home. In addition to their luxurious amenities, Jade Ocean condominiums are also home to many high-profile business executives. 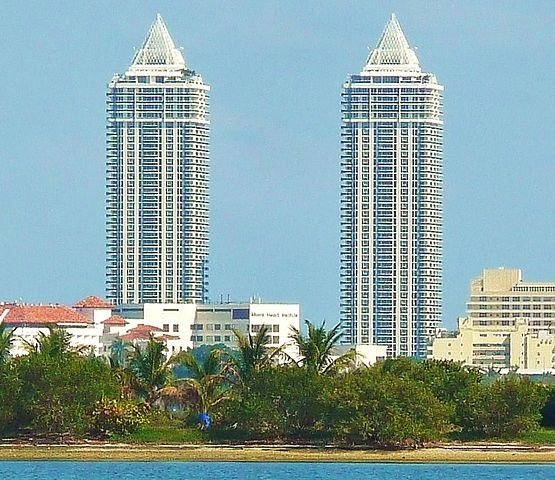 The twin buildings of Blue and Green Diamond are the tallest condominiums in Southeast Florida. At over 45 stories, the Twins are the tallest buildings on the Miami Beach skyline. The twins are located on the same block but separate in the middle, creating a unique experience for visitors to the area. Both buildings have a multi-level parking garage and a large pool deck. Private Cabana Units line the perimeter of the complex, providing residents with their own private space. Whether you’re looking for a place to call home or an investment property, the Blue and Green Diamond twin buildings have something for everyone. 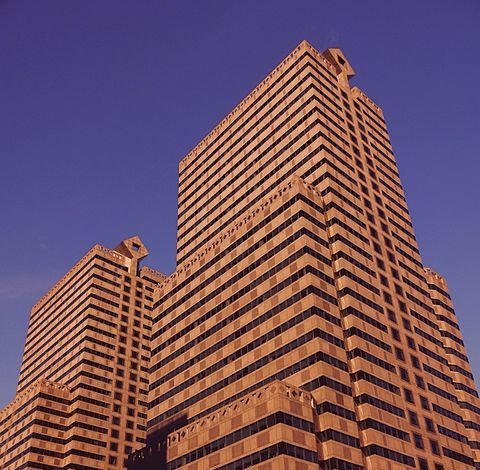 Commerce Square is a unique skyscraper complex located in Philadelphia, Pennsylvania. One of its twin towers stands 565 feet tall and occupies an entire city block in Center City. It was designed by IM Pei & Partners and was completed in 1987. The twin towers are topped with diamond-shaped decorative elements. 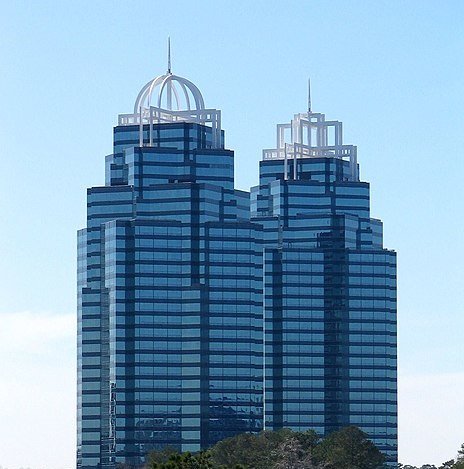 Located in Central Perimeter, the Concourse is convenient to Interstate 285 and GA-400. The Concourse offers exceptional amenities and management, which help to improve employee satisfaction and retention. The view is simply breathtaking. Concourse is a truly world-class office building. 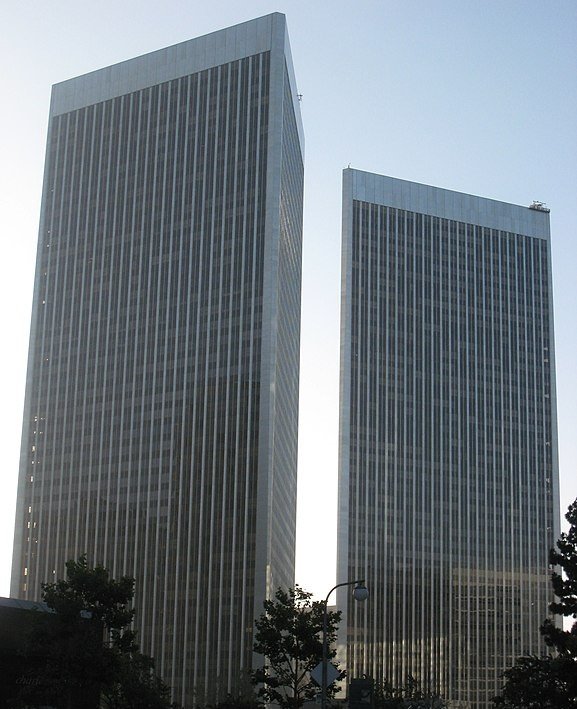 The 44-story Century Plaza Office Towers are a landmark in Century City. They are located at 2049 Century Park E, Ste 2600 in Los Angeles, California. Since their completion, they have become some of the most recognizable skyscrapers in the United States. They feature distinctive aluminum facades and triangular footprints. As the tallest buildings in Los Angeles, the Century Plaza Towers are an iconic city symbol. 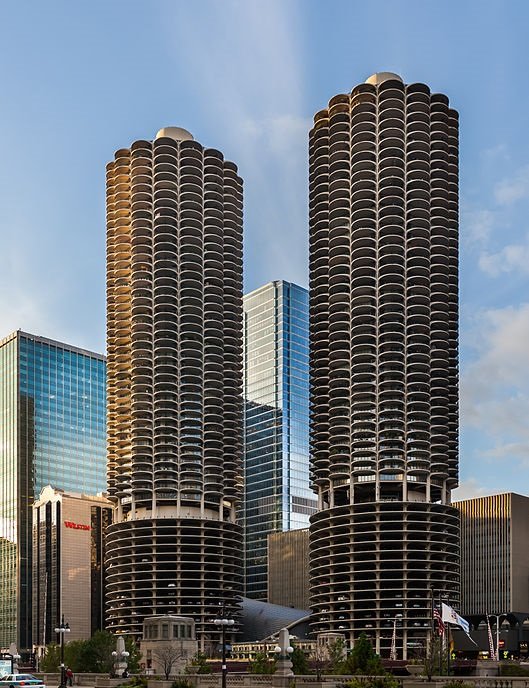 Built on a three-acre site, Marina City was billed as a city within a city. It featured a restaurant, bowling alley, ice rink, and a marina beneath a raised platform. The towers, which are 65 stories tall, are composed of two corncob-shaped residential towers and a 13-story hotel building. They were designed by Bertrand Goldberg and are known as Chicago’s round towers. They’ve appeared in numerous movies and TV shows. 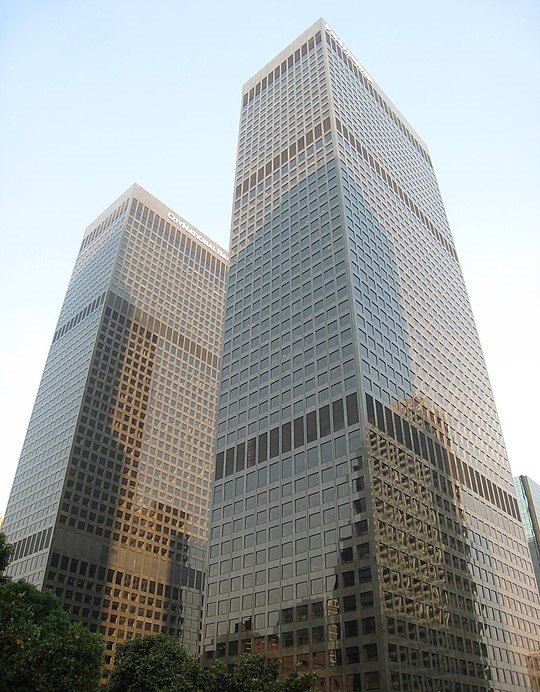 See also: Top 14 Tallest Hotels in the US 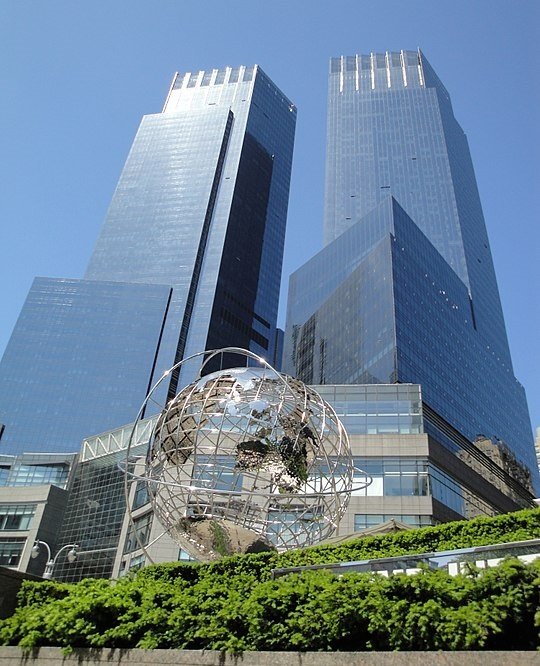 The building was designed by David Childs and Mustafa Kemal and was constructed over two blocks, with the base of the Bankers Trust tower covering two separate blocks. In the aftermath of the 9/11 attacks, dust and debris from the World Trade Center settled on the site and were laden with toxic materials such as lead, mercury, and dioxin. The toxic mold continued to grow in the building after its cleanup.

The building’s two towers are joined by a multi-story atrium containing office and retail tenants. Its total floor space is 2.8 million square feet. The building houses several luxury retail shops and condominiums and has direct access to the subway. Despite being one of the tallest buildings in the USA, the building is strikingly beautiful and has many uses.