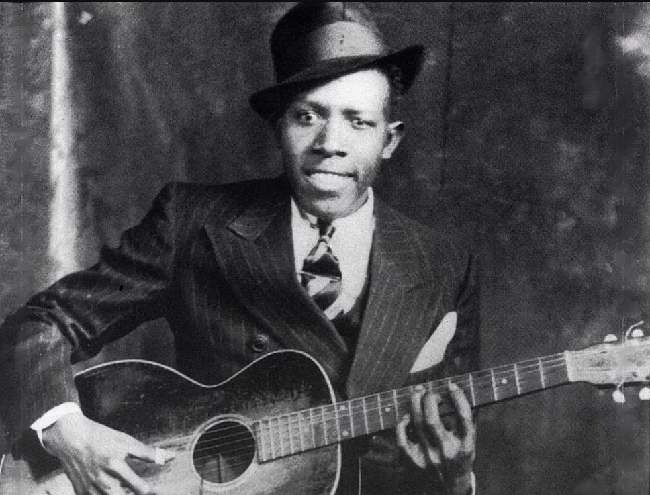 Did Robert Johnson make a deal with the Devil? The Story goes that the popular blues musician met The Devil at a crossroads in Mississippi and he exchanged his soul for musical success. In utter fairness, he became legendary, but like a lot of musicians, he died at 27. The legend became enduring with people seriously believe it! Many think his song crossroads is cursed. Bands who have covered it, including Lynyrd Skynyrd, The Allman Brothers, and Eric Clapton have suffered losses and tragedy. 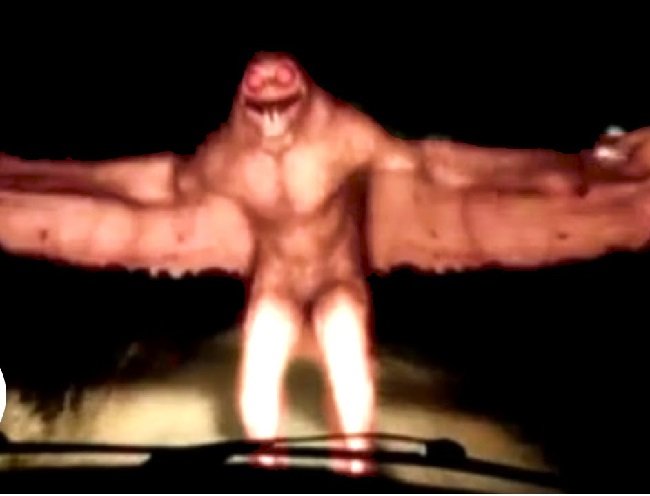 Can we call the Mothman a person? Well… By all accounts, no… But he, or it was certainly humanoid and very much a mystery. The Mothman story spans years and hundreds of miles from West Virginia to Chicago and possibly even Russia! In November 1966 two young couples from Point Pleasant in West Virginia claimed to have seen a large grey creature with glowing red eyes with a human body but ten feet wings! During the next few days, more people reported seeing a winged man- indeed two firemen claimed to have seen a large bird with red eyes. A year later saw the Silver bridge disaster which saw the death of 46 people – the Mothman was spotted around the scene of the crime. A Mothman like creature was spotted in 1999 and foreshadowed the Russian Apartment Bombings. Oddly, 2017 saw 55 reported sightings in Chicago.

The Woman on the Grassy Knoll 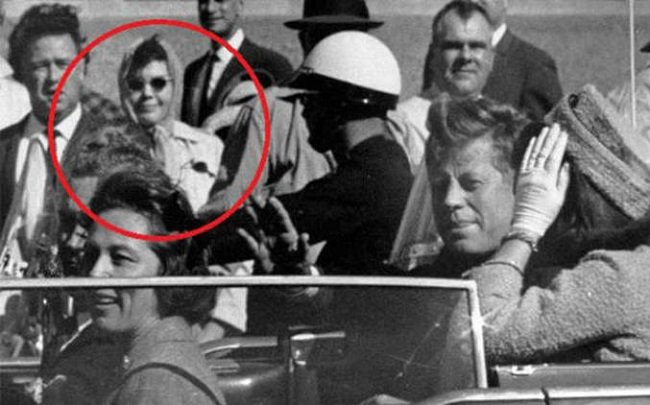 Also frequently referred to as The Babushka Lady, there is a woman out there who was seemingly present the day that President John F Kennedy was shot in 1963 in Dallas. There are a lot of question marks surrounding the President’s Death – which officially was ruled as an assassination by Lee Harvey Oswald. That being said, evidence suggests that there were two shooters, with many other theories saying his killing could have been from a higher organization, like the Russians or perhaps even the US government. On the day the President died, there was a woman in a headscarf stood on the grassy knoll as his motorcade went by, but she has never been identified. She was last seen moving away from the scene of the crime in the direction of Elm Street. 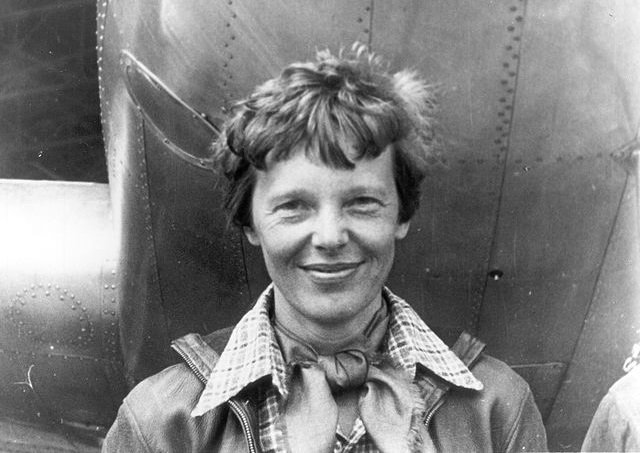 In July 1937, 39-year-old aviation Queen Amelia Earhart went missing. She was the first female to fly solo across the Atlantic and she was also known for doing whatever the heck she liked. She’s at the center of one of the most major unknown mysteries of all time. Her disappearance on July 2nd, 1937 just three weeks before her 40th birthday. Amelia and her navigator Fred Noonan disappeared in an attempt to circumnavigate the globe. It is thought something went amiss in the Pacific Ocean Howland Island which to this day nobody knows. Amelia’s body and aircraft have never been found.

Many wild theories have been formed. Some suggesting that she made it to Howland Island and lived as the castaway. Others say that she was captured by Japanese troops who held a hostage and the US government refused to pay her ransom. They wanted the upper hand in the second world war that was impending but they didn’t get it. Some even say that she faked her own death in order to live a new life under a new identity in New Jersey which of course does seem a bit far-fetched. We’ll know that she died as a castaway but if not well the mystery continues. 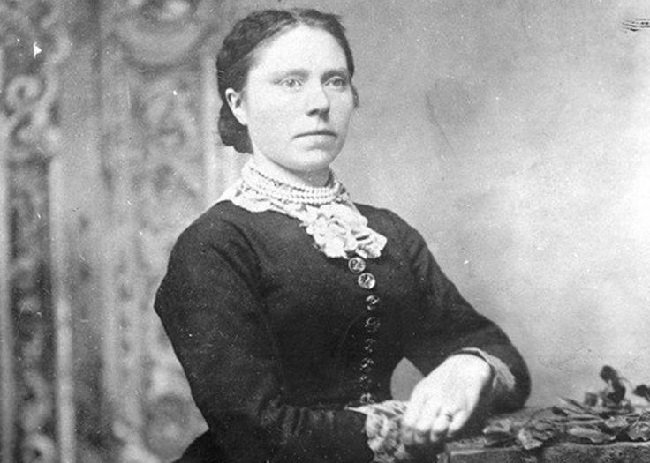 Belle Gunness was one of America’s most prolific female serial killers. Though it’s physically very very imposing and was of American and Norwegian descent. She killed her husband, children, suitors, boyfriends, and more for good measure. She was a killer, in fact, it is thought that Belle killed over 40 people between 1900 and 1908 which a lot. Just as her criminal activities were discovered her house miraculously burned down while a headless female body was found. It was not ever verified as belonging to Belle. Many people believe that she escaped. There were many sightings of the woman after she was declared dead. Police never managed to apprehend anyone though so what happened to Belle we just don’t know. She was a master criminal and a murderer. So if anyone could disappear I imagine it would be her. 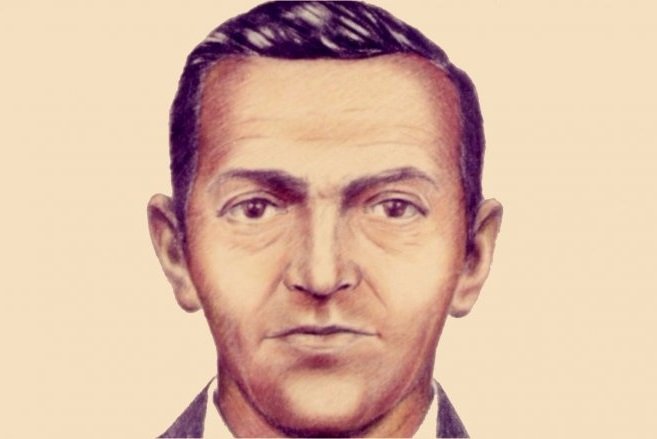 DB Cooper a man under the guise of DB Cooper successfully hijacked a plane in the airspace between Portland and Seattle in the USA on November the 24th 1971. The man boarded and hijacked the plane extorting $200,000 in ransom and then he parachuted to safety or did he, nobody knows where he landed or if he even survived the fall. There was an extensive manhunt from the FBI but the man’s real identity was never solved. Numerous theories were circulated also the serial numbers on the cache that he stole were also released and searched for. But again no trace was ever found as of 2016. The investigation has been suspended and remains one of America’s greatest unsolved mysteries. 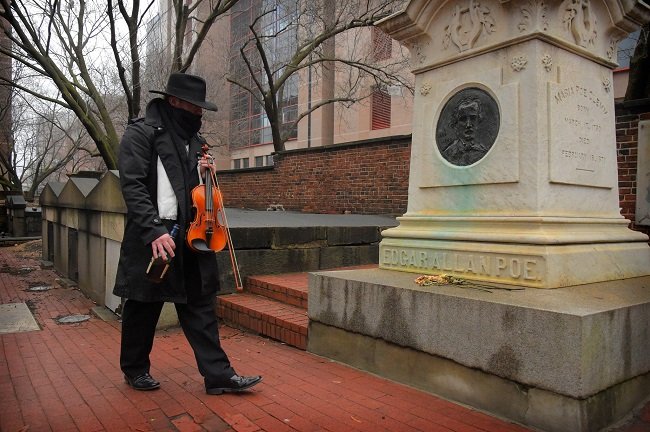 POE Toaster who are they? Edgar Allan Poe died in 1849 and just when we thought that the Raven had quaffed its last a hundred years after the American poet’s death, a mysterious figure started appearing at the graveside of Poe’s final resting place on the anniversary of his birthday. So that’s January the 19th for those who want to pop along to Baltimore and try and solve this mystery.

The gravesite figure is always clad in a black cloak and wielding a silver-tipped cane. The visitor brings with them three red roses and half a bottle of cognac. They raise a toast to the poet drink it up and then leave the whiskey in flowers graveside. While people go along and try and spot the mystery toaster, nobody’s ever tried to uncloak or disturb the figure. Which actually I’m really glad about some things, I think should remain a mystery. 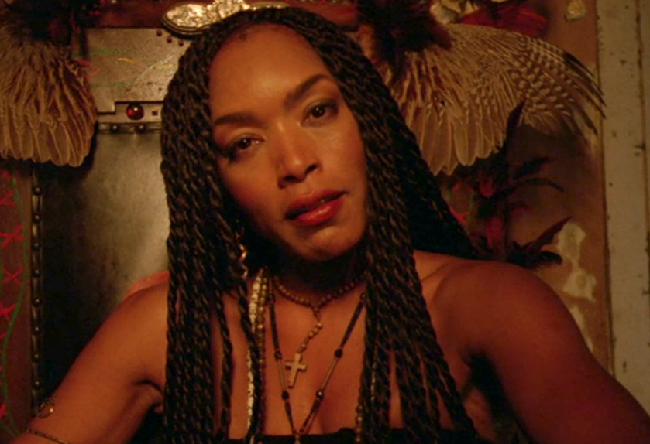 Marie Laveau is one of the most famous mystical women in history and often referred to as the voodoo queen of New Orleans. She was born a free Creole woman in Louisiana in 1801. Details of her life are pretty sketchy but she managed to charm those who encountered her. Legend has it that Marie was beautiful wise and witchy. She practiced magic medicine and was able to heal people. It is also said that she was indeed a voodoo priestess and was able to read and control people’s minds. She could summon spirits and raise the dead. It seems that she held a ceremony in her 70s that was attended by 12,000 people. They were oddly drawn to her. She died aged 80 and people still visit her grave today leaving offerings in exchange for a quest and wishes. 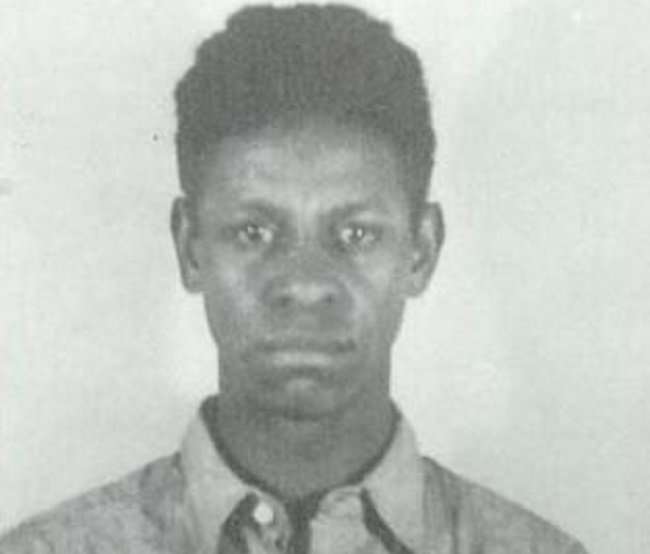 This was the name given to a mysterious teenager who was found walking the streets of Jacksonville in Illinois in October 1945. The teen was deaf and was unable o speak or use sign language. The only thing he seemed to be able to do was to write his name, Lewis. Sadly a Judge sent him to a mental health institution where he was given the name John Doe 24 as he was the 24th person to enter the system. Despite institutions being brutal in their day, he made quite the impression. He was said to have been cheerful and loved dancing and laughing. He died in 1993 after decades as a nameless man in the system. On his death, no one was any closer to discovering who he was. 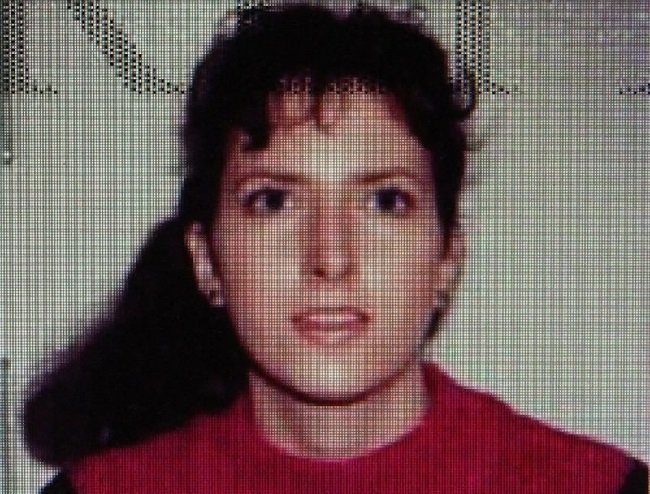 Lori Erica Ruff or Lori Kennedy….or Becky Sue I mean who knows?! Lori… can we make that rhyme with Mystery? I feel like we can give it a good go! Lori was kind of an oddball. She was married to a guy called Blake, they had a child but she wouldn’t let any of his family hold her. She would so strange things like ask for an Easy-Bake oven for Christmas even though she was 40…although… I mean whatever, let the woman bake. It was also reported that she loved a nap… which, I am also okay with. Throughout her marriage with Blake, she had kept a lockbox which she told him to never open.

Lori had started becoming very very strange when Blake asked for a divorce. Sadly, after a very intense downward spiral, Lori ended her own life. After her death, the Lockbox was finally opened and it revealed some …..drama! It seems Lori Erica Ruff used to be Lorri Kennedy…who used to be Becky Sue Turner, but the only Becky Sue Turner her age had died age 2 in a fire in Fife Washington. Lori got a new social security number. Also in the box were mysterious scribblings saying things like 402 months and North Hollywood Police. No one has yet cleared up the mystery of who she was. 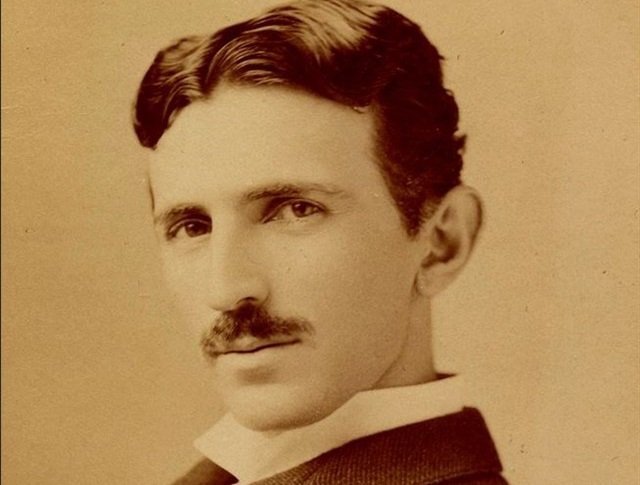 Nikola Tesla was a Croatian/ Serbian American creator known for his work with electricity…he also had a cracking mustache. As talented as he was, he was quite mysterious and It seems someone out there was against him. Perhaps it was all the unpaid hotel bills? Nikola developed a technology that was able to give people free energy. He built the Wardenclyffe Tower or Tesla Tower in 1901 and he was planning on using it to transmit images across the Atlantic from New York to England using the earth to conduct signals. Long and short he wanted to give people free electricity but his funding was mysteriously stopped and his plans mysteriously destroyed.

It was rumored he was up for a Nobel prize in his time but that too was mysteriously hindered. Odd. Very very odd. He was indeed an odd man anyway – He claimed ever to sleep more than two hours a night… what did he do the rest of the night? Well, it is said he used to feed pigeons at midnight in New York…and one night he was run over as he was on his way to do so. After his death, his entire estate was shipped to Belgrade in the instance of his Nephew. Fun fact about Tesla – he curled his toes one hundred times on each foot per night, claiming it stimulated his brain cells. 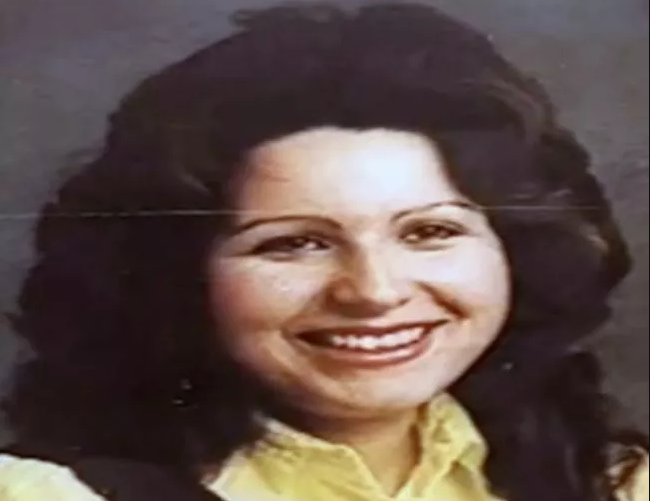 His life isn’t the mystery here, it’s her death. Up until the age of 31, she seemed like a happy and healthy young woman that was until the evening of February 19th, 1994. When she was admitted to hospital in Riverside California .she was experiencing a rapid heart rate, a drop in blood pressure, and could not form normal sentences. Doctors tried to save her but she started admitting a garlic smell. And when her blood was taken it had weird light brown particles in it and smelled like ammonia. At odds with these symptoms, it was discovered that she had cervical cancer which is extremely bizarre. Nurses tried to work on her to safer but one by one they started to faint. When her autopsy was conducted it had to be done by doctors in hazmat suits to protect themselves. What was going on honestly we don’t know? 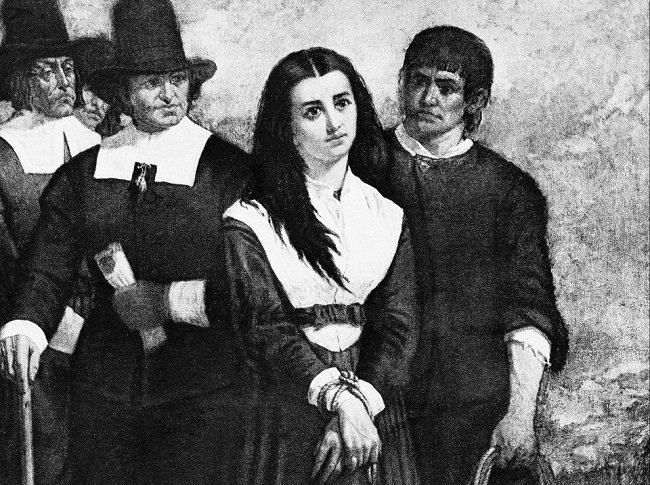 Here be Witches the Salem witch trials were one of the weirdest moments in history. A cult hysteria swept over the town of Salem in Massachusetts. 19 people were convicted of witchcraft and killed in 1692 with hundreds of others accused or afflicted with hysteria. So what was going on why were 14 women and five men considered to bewitch. Why was colonial North America in general obsessed with witches back? Then the short answer is probably religious fair and possibly poisoned bread. But the long answer involves many shades of witch’s don’t know.