Female serial killers are a rarity in the world of crime, but the ones that do exist are just as dangerous and terrifying as their male counterparts. In the United States, there have been several notorious female serial killers who have left a lasting impact on the country’s criminal history. These women were responsible for taking multiple lives, often in brutal and gruesome ways. Despite their actions, they were able to evade capture for years, leaving a trail of death and destruction in their wake. Some of these women were motivated by greed, others by a desire for control and power, but all of them left a lasting impact on the families of their victims and on the communities in which they operated. In this article, we will take a look at some of the most notorious female serial killers in the United States.

Aileen Wuornos was a notorious American serial killer who killed seven men in Florida between 1989 and 1990. Wuornos was born in 1956 in Rochester, Michigan, and had a difficult childhood marked by poverty, abuse, and neglect. She turned to prostitution at a young age and had a history of arrests for various crimes, including assault and battery, before her killing spree began.

See also: The 7 Most Notorious Serial Killers in New York

Wuornos claimed that she killed the men in self-defense, alleging that they had all either raped or attempted to rape her while she was working as a prostitute. However, many experts and investigators have disputed her claim, arguing that the murders were premeditated and motivated by financial gain. Wuornos was arrested in 1991 and initially pleaded not guilty to the murders, but later changed her plea to guilty in exchange for a life sentence without the possibility of parole. 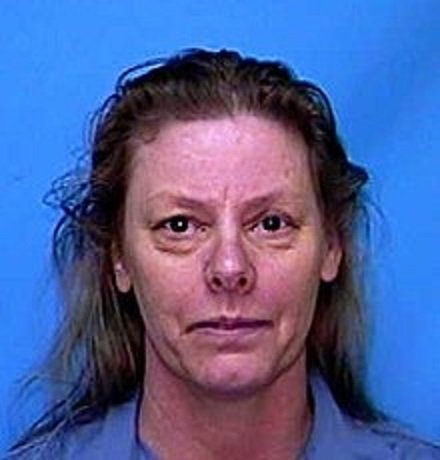 During her trial and imprisonment, Wuornos became a media sensation, with her story being depicted in multiple books, documentaries, and films, including the movie “Monster,” for which Charlize Theron won an Academy Award for her portrayal of Wuornos. Wuornos was sentenced to death and was executed by lethal injection in 2002. Her case remains one of the most high-profile serial killer cases in American history and continues to spark debate and controversy over the circumstances of her crimes and her motives for committing them.

Dorothea Puente was convicted of murdering nine people in the 1980s. Puente operated a boarding house in Sacramento, California, where she took in elderly and mentally ill residents, many of whom were on Social Security. She cashed their benefits checks and used the money for her personal expenses.

Puente’s crimes were discovered in November 1988, when a social worker came to check on one of her residents and found that the person was missing. Authorities searched the property and found three bodies buried in the backyard. After further investigation, six more bodies were found, all of whom were residents of Puente’s boarding house. 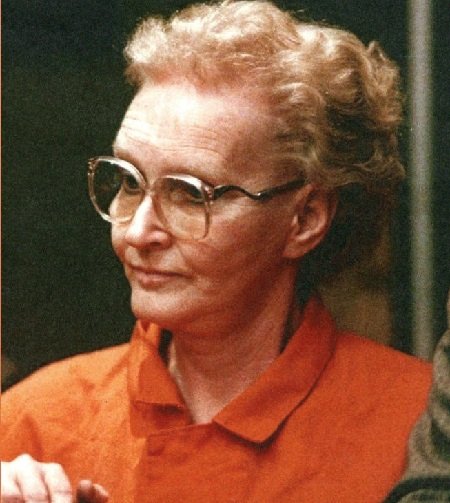 Puente was arrested and charged with nine counts of murder. During her trial, the prosecution argued that she killed her victims for financial gain and to eliminate those who would question her authority. Puente, however, maintained her innocence, claiming that the deaths were due to natural causes. Despite her claims, she was convicted and sentenced to life in prison without the possibility of parole in 1993.

The case of Dorothea Puente received widespread media coverage, and she was dubbed as the “Death House Landlady” by the media. Her story was also depicted in various true crime books and documentaries, and her case remains one of the most notorious serial killer cases in California’s history.

Nannie Doss, also known as the “Giggling Nanny” and the “Lonely Hearts Killer”, was responsible for the deaths of 11 people between the 1920s and the 1950s. Doss, who was born in Alabama in 1905, had a history of marrying and then killing her husbands, as well as other family members, for financial gain and to escape unhappy relationships.

See also: The 13 Most Notorious Serial Killers in California

Doss’s killing spree began in the 1920s when she married her first husband, and it continued for decades, with her killing five more husbands, her mother, her sister, her grandson, and two other people. She used various methods to kill her victims, including poison, suffocation and shooting. 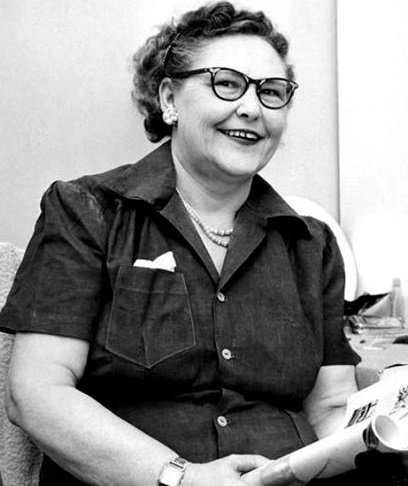 Doss’s crimes were finally uncovered in October 1954, when her fifth husband died suddenly and a doctor discovered that he had been poisoned with arsenic. Doss was arrested, and during her questioning, she confessed to all of her crimes, saying that she had killed her victims because she was “tired of living and just wanted to join the deceased.”

Doss pleaded guilty to the murder of her husband and was sentenced to life in prison. She died in prison of leukemia in 1965. Her case remains one of the most shocking and bizarre serial killing cases in US history, due to the fact that she was a woman and a grandmother who had killed so many people, including her own family members, over such a long period of time.

Gwendolyn Graham along with her lover, killed five elderly women in a Michigan nursing home in 1987 and 1988. Graham was born in 1963 and began working as a nurse’s aide at the Alpine Manor nursing home in 1986. It was there that she met her lover, Cathy Wood, and the two began a romantic relationship.

Graham and Wood began killing their victims, all of whom were elderly women with Alzheimer’s disease, in the fall of 1987. They suffocated their victims by covering their faces with a pillow or a plastic bag while they were working the night shift. They chose their victims based on their physical and mental condition, believing that they would not be missed. They killed five women in total, and attempted to kill a sixth woman but failed. 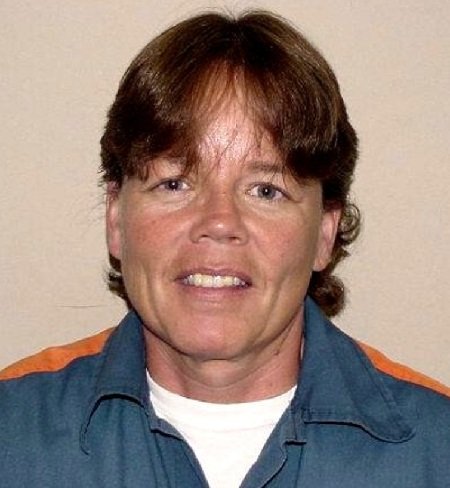 The pair was finally caught in March 1988 when Wood confessed to her therapist, who then contacted the police. Graham and Wood were both arrested, and during the trial, Wood testified against Graham, describing in detail how they killed the victims. Graham was convicted of five counts of first-degree murder and sentenced to life in prison without the possibility of parole.

See also: The 7 Most Notorious Serial Killers in Texas

The case of Gwendolyn Graham and Cathy Wood is considered one of the most shocking and disturbing cases of serial killings in the United States, due to the fact that the killers were two young women who had chosen vulnerable elderly victims and killed them in a place where they were supposed to be safe and cared for.

Judias Buenoano, also known as “Black Widow” was convicted of murdering her husband, her son and her boyfriend in Florida in the 1980s. Buenoano was born in 1943 in Texas and had a history of fraud and financial crimes before she turned to murder.

Her killing spree began in 1971, when her husband, James Goodyear, died in a car bombing. Buenoano collected the life insurance money and moved to Pensacola, Florida, where she married again and had a son, Michael. In 1983, Michael died of what was originally thought to be a natural illness but later was found to be poisoning by arsenic. 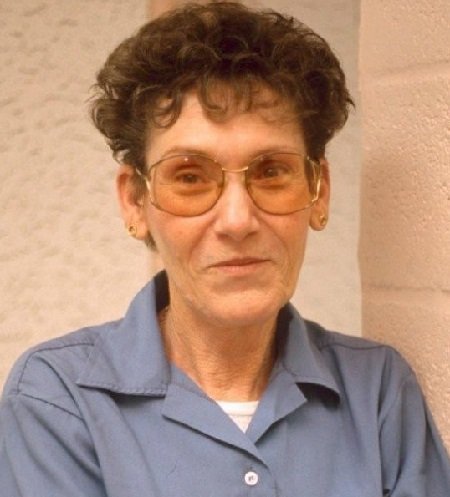 Buenoano’s next victim was her boyfriend, John Gentry, who died in 1984 after being poisoned by arsenic. Buenoano tried to kill her fourth victim, her fiancé Bobby Joe Morris, but he survived and was able to testify against her.

The case of Judias Buenoano is one of the most shocking and disturbing serial killer cases in Florida’s history, due to the fact that she was a woman who killed her own family members and her romantic partners for financial gain and to escape unhappy relationships.

Marie Noe was convicted of killing eight of her own children between 1949 and 1968. Noe was born in Philadelphia in 1934 and had her first child in 1949. Over the next two decades, she gave birth to ten children, eight of whom died under mysterious circumstances. The deaths were initially attributed to Sudden Infant Death Syndrome (SIDS), but in 1998, Noe’s surviving son came forward with suspicions about his mother and the police reopened the case.

An investigation revealed that Noe had suffocated each of her eight deceased children, usually by placing a pillow over their faces while they were sleeping. She was arrested and charged with eight counts of murder in 1998. During her trial, Noe pleaded guilty to second-degree murder and was sentenced to 20 years of probation. She was also ordered to undergo psychiatric treatment and was required to live with one of her surviving children. 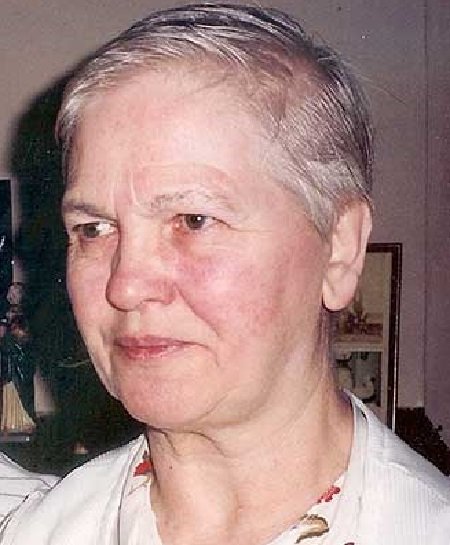 Marie Noe’s case is considered one of the most shocking and disturbing serial killings in American history, due to the fact that she killed her own children and was able to evade suspicion for decades. Her case also raised questions about the accuracy of SIDS diagnoses and the potential for parents to kill their own children and have the deaths attributed to the syndrome.

In conclusion, the United States has had its fair share of notorious female serial killers who have left a lasting impact on the country’s criminal history. These women, such as Aileen Wuornos, Dorothea Puente, Nannie Doss, Gwendolyn Graham, Judias Buenoano, and Marie Noe, were responsible for taking multiple lives, often in brutal and gruesome ways. Their cases remain some of the most high-profile and shocking serial killer cases in American history, raising questions about the nature of evil and the mind of a killer. It’s important to remember the victims and their families and to make sure that justice is served.