Top 8 largest birds of USA. There are hundreds of birds in the heart of America. Furthermore, they all vary in sizes, shapes, and colors. But, this motherland has designed them with utmost winsomeness. Today, we are here to share the details on the Top 8 largest birds of the US. So, let’s begin:

A bird of prey: Harpy Eagle!

It is one of the most robust birds in the world. It’s the macho man of the birds, strong bones, claws, and neck. Let us have a complete description of the strength of Harpy Eagle. Its strong-looking legs have the width of a man’s wrist. But, the game shifts in a different direction when it comes to the rear paws. 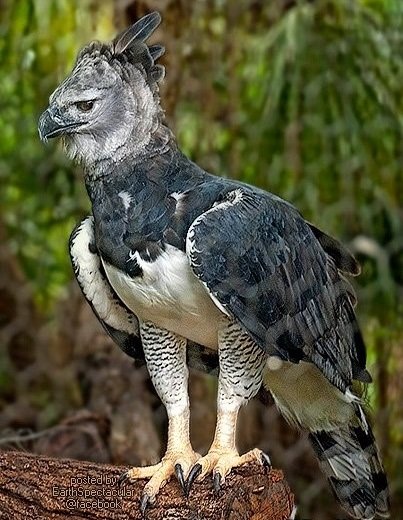 Harpy Eagle rear nails tend to crush the infrastructure of the victim. The total exerted pressure is equal to 110 pounds. Astonishing! So, monkeys, rabbits, and sloths are its easy meals. Besides all this hefty structure, it’s a beautiful bird. An excellent combination of grey and white colors in its plumage. Another interesting fact is that most of us have seen Phoenix in the Harry Potter series. Whom was has a close resemblance with Harpy Eagle. Furthermore, the uplifted feathers of Harpy Eagle distinguish them from other eagles and hawks.

Osprey holds the seventh position among the most giant birds in the US. Besides their gigantic size, they have lovely plumage. The inner white doctor’s coat with multiple shades of brown-coated wings has left us speechless. Furthermore, the bulging yellow eyes and a sharp beak define the versatility of this hawk. 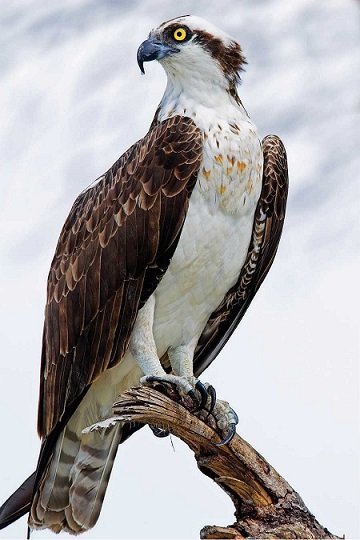 Osprey is a fish lover bird. Moreover, its gigantic size plays a vital role in pouring the fear inside its prey. But, Osprey also knows the diving tactics and capturing the fish from its feet. If you are interested in captivating this glorious scene of Osprey preying, then the best spot is near the rivers, lakes, and reservoirs as these are the places where Osprey’s built their nests.

The Bald Eagle is the national bird of the US, and this adds a special touch to its fame. Moreover, the Bald Eagle secures the sixth slot in the race of the giant birds in the US. 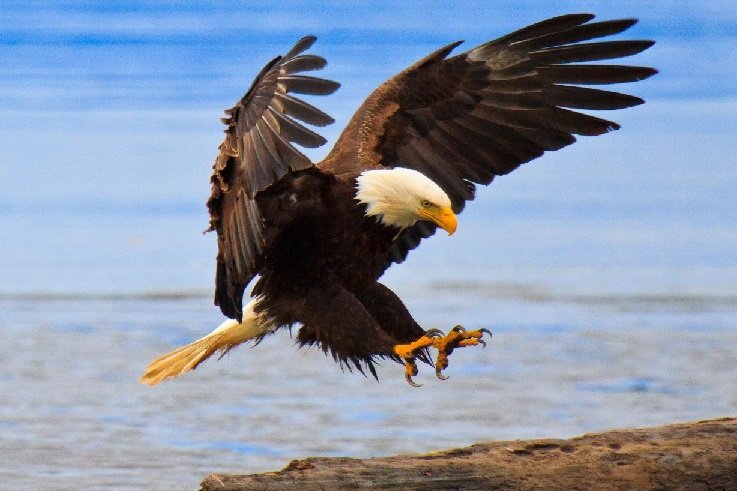 It’s a perfect combo of versatility and beauty. Nature has adorned it with two different colors in its plumage. The white head and tail with the dark brown coat are enough to fill the prey with fear. But, the yellow beak and claws add some more spice in building the petrified atmosphere. Bald Eagle has a resembling habit with vultures; they both use to eat the dead flesh of the animals.

But, the loved food items for the Bald Eagle are the fishes and sometimes the mammals.

American White Pelican is the USA’s fifth largest sea bird. Furthermore, they resemble a lot of ducks. As a whole, they are white, but when they flap to fly. The hidden black wings also become visible. 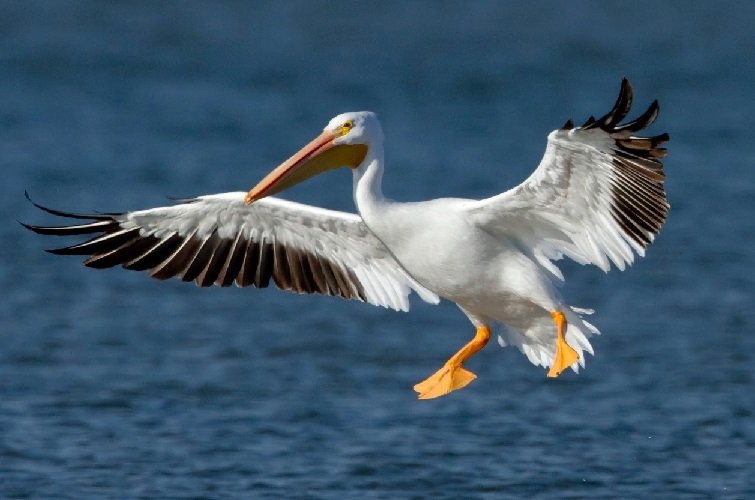 You may also like: Top 5 Rarest Species of Snakes in the US

American White Pelican has a long and thick beak. Moreover, this beak helps them collect a lot of the water from the rivers, lakes, or ponds. Additionally, this water intake process aids them in filling their mouths with fishes. This gigantic bird is found near wetlands or islands. In contrast, they immigrate to the coastal areas during the winter season. 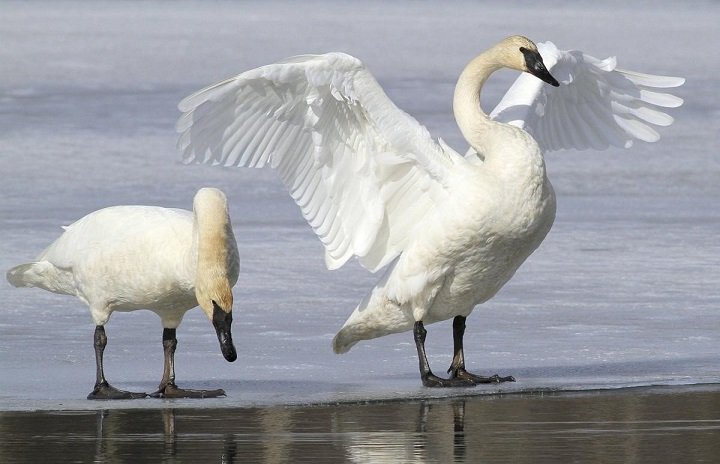 The Swans produces a high pitch sound; it’s pretty irritating. But, Trumpeter Swans communicate with each other in pleasant voice notes. Over the last few years, the population graph of this bird has seen a decrement. Furthermore, the only triggering cause behind this issue is habitat loss. While, the places where you can find this creature are lakes, rivers, marshes, and ponds.

The largest bird in North America is the California Condor. Additionally, it holds the third position in the Top 8 largest birds of the US. 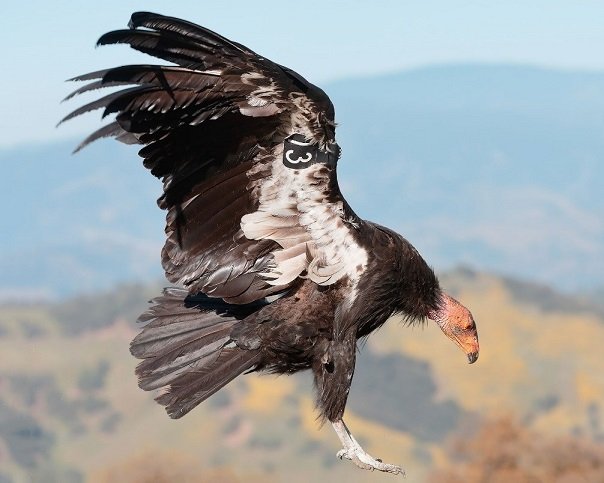 California Condor was found in one particular region of the United States. The actual reason is the decrement in their population. Furthermore, these birds are on the list of critically endangered species. Back in the 90s, they were no more. Despite the great habitat loss, the concerning authorities have done a remarkable job in bringing back the community of California Condors. Now, their population is increasing, which is a plus point.

These vultures love to eat dead mammals like goats, deer, many more.

Wandering Albatross is one of the world’s largest birds. While on the list of Top 8 largest birds of the US, it holds the second position. This gigantic creature is known for its wide wingspan of 11 ft. Huge! 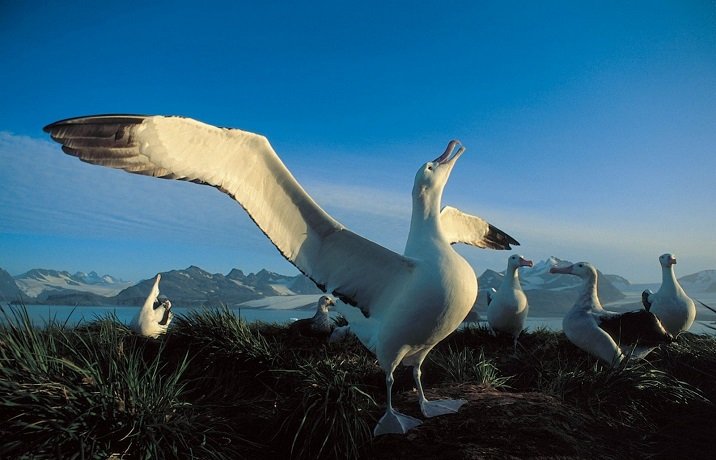 Wandering Albatross is the most studied sea bird as it exhibits some interesting facts. Firstly, they are excellent gliders. It’s utterly effortless for them to fly for hours without flapping their wings. Furthermore, their wide wingspan aids them to travel about several miles per day. Mostly, you will find them in the sea, but in recent years a decline in their population has been observed. Climate change, habitat loss, and marine pollution are the triggering reasons behind this tragedy.

Greater Rhea is the largest bird in the US.

These are land birds, unable to fly. Furthermore, they are more of the ostrich as compared to emus. Its thin-looking legs have the power to run away from the hunter at a speed of 35mph.

It belongs to the ratite family, so wings don’t help them fly. But, they keep them in their direction while running at such an incredible speed. Greater Rhea loves to eat plants, seeds, and fruits and be found on agricultural lands. Besides their herbivore nature, Greater Rhea also enjoys having small birds on the menu. 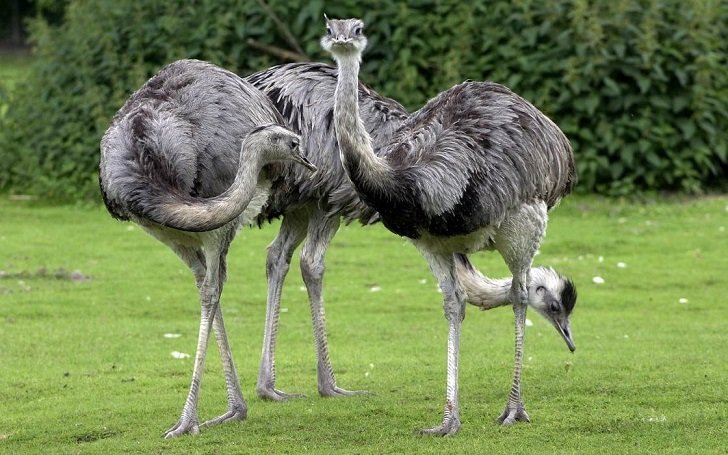 See also like: Top 10 Rarest Species of Birds in the USA

Over the last few years, the conservation status of the Greater Rhea has been dropped. Hunting is the reason behind this loss. Moreover, people love to eat their eggs and meat. But, the limit to hunt this creature has crossed the line. Eventually, all of this has resulted in their loss.

We have created this spectacular list of the largest birds in the US. And hope you all will find it interesting and helpful!