Top 10 misconceptions about American history. Today we are having a bit of a fun history lesson as we talk the top 10 things Americans get wrong about their own history. Our perspective on history is always changing, and hindsight gives us so many answers that we can’t find at the time of an even. History is something that is really important to stay in tuned with…why? Because as the famous saying goes – those who cannot learn from history are doomed to repeat it. Here are some of the alternative facts you guys have made up about your own history.

Wrong. While that may be true, he was not the first honey to stumble upon our mate America. Firstly, how can it be discovered when native Americans already lived there for thousands of years? Bit of a plot hole really. While it is true that Christopher did set sail in 1492 and, sure, he may have thought he was the first European to land on American shores but he was not. The first European to set foot on North American soil was actual Leif. Erikson was a Viking explorer who got lost and accidentally landed in the continental landmass of North America, possibly Newfoundland which of course is Canada now, but that kind of divide up came many centuries later. 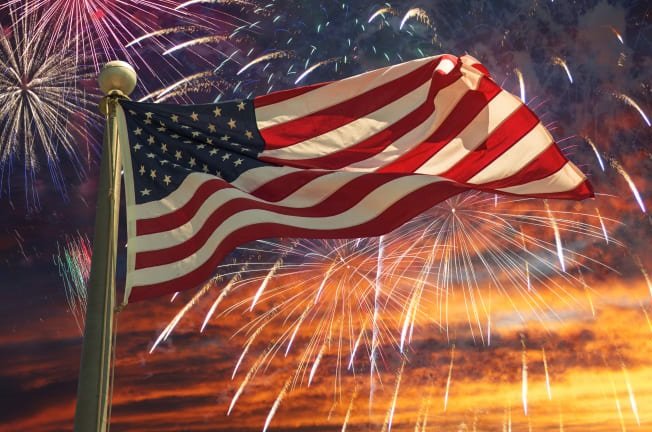 wrong. The famous declaration of independence was publicly announced on the 4th of July 1776, although it was formally decided upon on in a vote on the 2nd of July. After the public announcement, it took almost a month for the document to be written up and signed. Most delegates signed on August 2nd, 1776…. But the American public celebrates independence day on the 4th of July to correlate with the public announcement.

8. Who They Gained Independence From 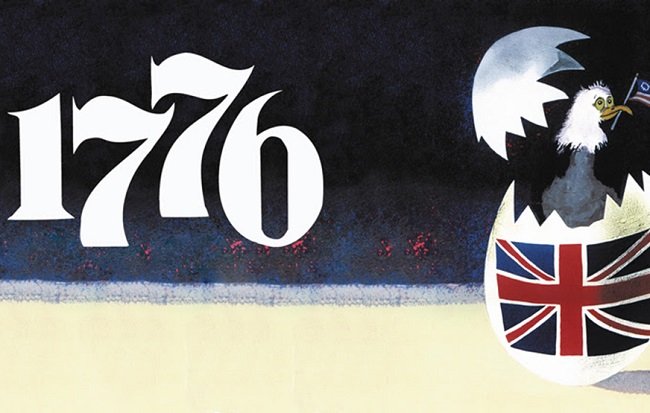 According to a Gallup poll, 30% of Americans between the age of 18-29 do not know who they gained independence from in the 1700s. Answers varied from France to china! My friends, let me tell you, it was none other than British.

7. The British Are Coming 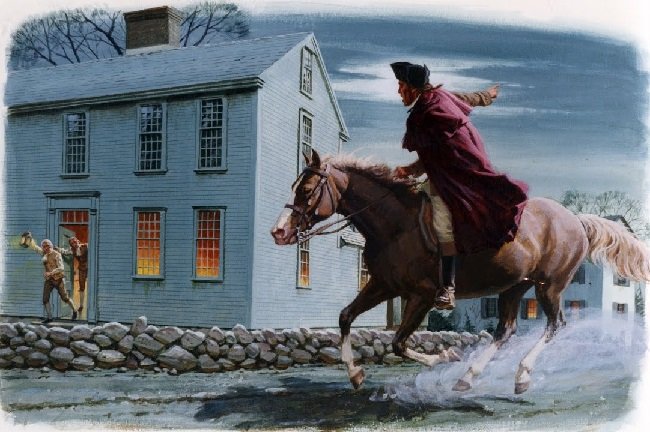 No one ever shouted “the British are coming” those pesky brits! Many people think that patriot, paul revere, dramatically shouted “the British are coming” as British forces approached ahead of the battles of Lexington and concord. But actually this historic quote comes from a poem that dramatically re-tells revere’s horse ride to warn his people. The poem, midnight ride by henry Wadsworth longfellow is where the quote comes from, not paul himself.

According to statistics from the University of Pennsylvania, 57% of Americans do not know who president hoover was. For those that don’t know, herbert hoover was the 31st president. He was a republica., he served one term from 1929 to 1933. He regularly ranks as one of the worst presidents of all time. 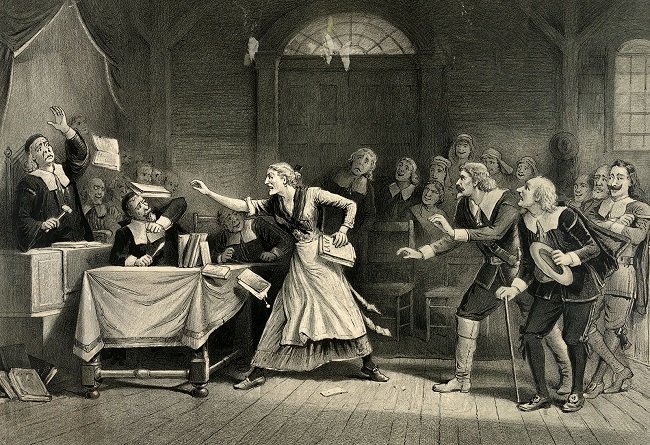 The witches in the salam witch trials were women. The salam witch trials were a series of hearings which resulted in mass hangings between February 1692 and 1693. While history seems to teach people that most of those punished in the case of mass hysteria were women. Actually, plenty of men were killed too. Fourteen women were hung and killed but 44 men were put on trial for witchcraft too, 7 of which were killed.

4. America Defeated Hitler In The War 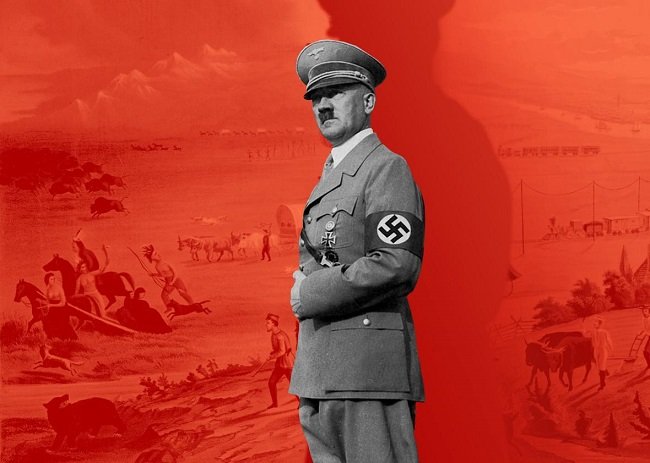 Not really, they definitely helped, but the advancing soviet union was the main reason Hitler lost the war.  Hitler’s main mistake in world war two was trying to fight a war on two fronts. The western front in France was one thing, but the eastern front was entirely another, which the USA had little to no involvement in. The eastern front stretched over 1,000 miles and exhausted Germany resources. The battles of Stalingrad and Kursk were instrumental in breaking the back of the Nazi army. Of course, America was fundamental, especially in France, but they alone could not and did not defeat Hitler. 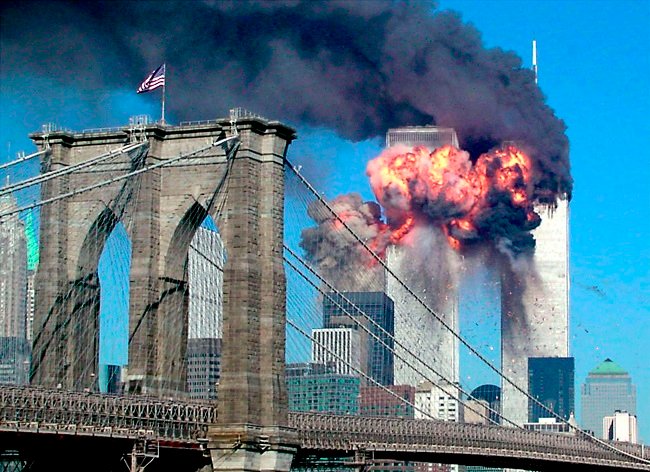 The bush administration and the congressional investigators were forced to admit that they had no evidence of Hussein’s personal involvement. On the eve of the Iraq war, 70% of Americans believed that Saddam was responsible for the attack, even though there is no evidence to suggest he had pre-war ties with AlQaeda. We actually still do not 100 percent know who masterminded 9/11, although it was likely to have been Khalid Sheikh Mohammed who has confessed to being the architect of the disaster.

mrs O’Leary’s cow didn’t start the great Chicago fire by kicking over a lantern in her shed. The great Chicago fire that burned for two days from Sunday, October 8th to Tuesday, October 10th, 1871, was said to have been started in a barn belonging to the O’Leary’s at 137 DeKoven street. This was a false rumor to spread anti-Irish immigrant sentiments in the city and was started by a reporter who wrote about the story, who admitted his lie in 1911. The O’Leary’s, and the cow were officially exonerated in 1997.

1. What The Constitution Is 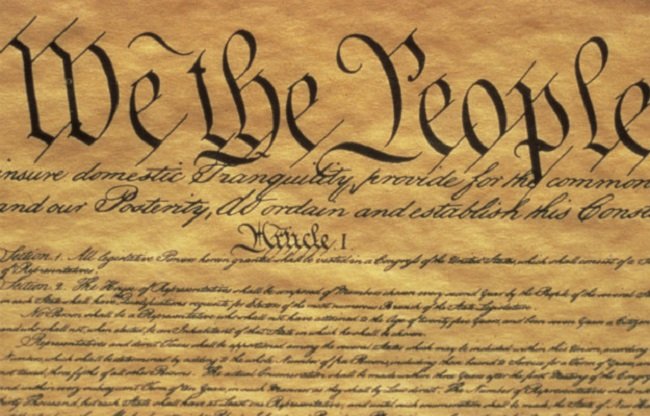