How Much Money is Tfue Making Monthly & Yearly? Fortnite is one of the most popular games in the world right now. It has over 125 million users across all platforms with more than 40 million people logging in to play each month. As the game became more popular so did some of its players such as Turner Tenney more commonly known as T-Fue. Tfue began his career by posting call of duty and destiny content on Twitch and youtube. In late 2016 Teague moved on to H1Z1 and then to PubG a few months after its release. He had already gained a name for himself playing H1Z1 and PubG. But it wasn’t until Fortnite was released in 2017. That Tfue would really become one of the biggest names in the gaming community. In that year T-Fue amassed 70,000 subscribers and on April 30th, 2018 he was invited to join FaZe.

See also: How Much Does Ninja Make a Day, Month & Year 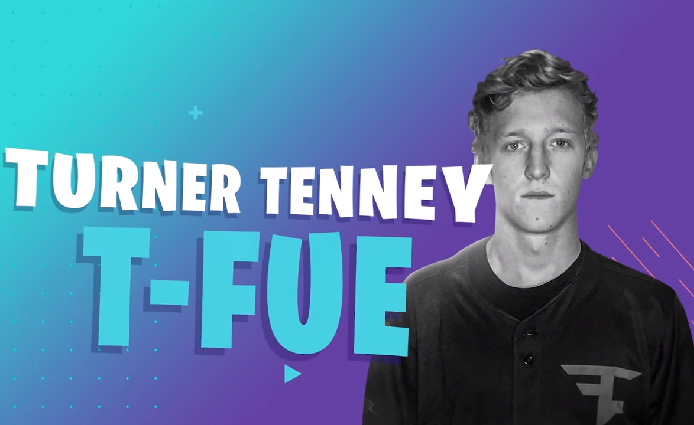 With FaZe’s huge platform and Tfue’s extreme talent, he became known as the best player in the world. Tfue has won various Fortnite tournaments. On June 8th, 2018, Tfue and his friends Nick Eh 30, One-Shot-GURL and faze Cloak set a PC world record with the most squad kills ever at 53. Tfue currently has over 11.9 million subscribers on youtube. With over 8.9 million followers on Twitch making him the second most followed person on the platform. He does sometimes get ridiculed in his streams and videos. He’s been banned from twitch for supposedly saying a racial slur and even hacked on Twitter, Youtube, and Facebook. But throughout all of that Tfue still managed to become one of the most successful gamers in the world.

How Much Does Tfue Make a Month & a Year

So the question that still remains is how much money does Tfue actually make. The best way to figure that out is to break his income down into four categories.

Let’s start with youtube. Youtubers get paid between 2 to 5 dollars per 1000 monetized views. Monetized views range from 40 to 60 percent with total views. All these influenced by several factors like device played, on the location of the viewer, ad inventory, how many ads there are on a video, how many people skip the ads, and engagement, etc. So we don’t have an exact number but with over 12 million subscribers and over 2.2 million views daily Tfue pulls in around 8800$ per day from ads that appear in his youtube videos. This comes out to be around 3.2 million dollars a year and that’s just from youtube.

On Twitch T-Fue has over 8.9 million followers and averages around 30 to 70 thousand viewers per stream. Twitch trainers make money through ad revenue, fan subscriptions, twitch bits, and thin donations. Twitch streamers are generally paid around three dollars and fifty cents per subscriber. he has around thirty thousand subscribers which should translate into an estimated revenue of 100000$ per month or 1.2 million dollars per year. And from donations, he averages another 100000 to 150000$ a month or 1.8 million dollars per year. With subscribers and donations that brings him to 250000$ per month or 3 million dollars a year on Twitch alone.

Tfue doesn’t have an abundance of sponsors or brand deals. But the one he does have could support him on their own. One of his sponsors is Digital Storm a company that manufactures high-performance computers. He and FaZe banks also secured a deal with the GLD to releasing the official scar gun pendant crafted specifically for the entire faze clan. With those two deals alone Tfue pulls in around $200,000 monthly or 2.4 million dollars yearly. Along with that since Epic Games release their support a creator feature where creators can earn money when supporters spend Vbox. Tfue has managed to pull in 800,000 to $1,000,000 in just one month translating to 9.6 to 12 million dollars a year from his creator code Tfue.

Being known as the best player in the world it’s not a surprise that Tfue has quite a bit of tournament wins under his belt, 22 to be exact. He also has the most tournament winnings of any other player in Fortnite. In the Fortnite Fall Skirmish Series on September 28th of 2018 Tfue placed first and won a cash prize of $47,500. He then played in the series again two weeks later and again placed first winning $37,500. His biggest prize from placing first in the Fortnite Fall Skirmish was in October 2018, when he won a whopping $255,000. What’s even crazier is those are just his top three tournament prizes. In total Tfue has amassed 469875 dollars in tournament winnings.

How Much Does Tfue Make a Year

Now we know all these numbers may have been a lot. So we’ll just do the addition for you from his youtube, Twitch, brand deals which include the supporter creator and tournaments. Tfue makes about 1.75 million a month or 21 million dollars yearly. Tom Brady a well-known professional quarterback for the New England Patriots has a salary of 20.5 million dollars a year. A typical Lamborghini goes for $200,000. So if Tfue really wanted to, he could buy eight Lambos a month and still almost have two million dollars left over at the end of the year. All in all, Tfue makes a lot of money playing Fortnite. So if your parents ever tell you that gaming is a waste of time you might want to show them these numbers.