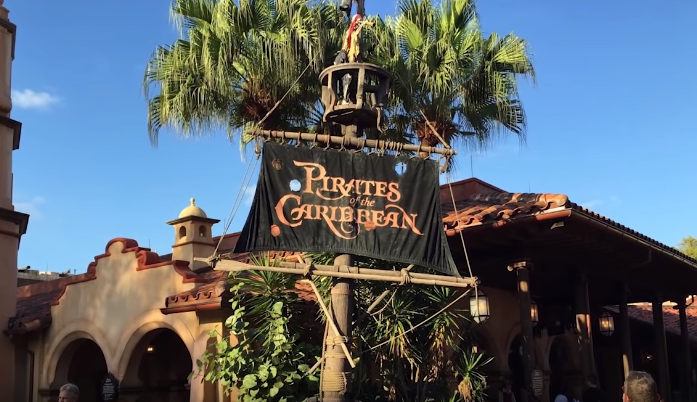 The Pirates of the Caribbean ride in Disney World is a total fan favorite and has only grown in popularity with the movie franchise. Riding in an underground Lagoon filled with swashbuckling puppet pirates makes you feel like you’re a real-life freebooter. It’s a little scary but that’s all part of the pirate experience right. There’s one thing about this ride though that is a little too real. If you look closely you’ll see that the skull and crossbones on the headboard above one of the animatronic pirate’s beds are actually made out of real human bones. Legend has it that the Imagineers in charge of designing the ride weren’t satisfied with the look of the prop bones. So they opted for real human bones and although most of them have been removed there are still a few pieces that remain talk about creepy. 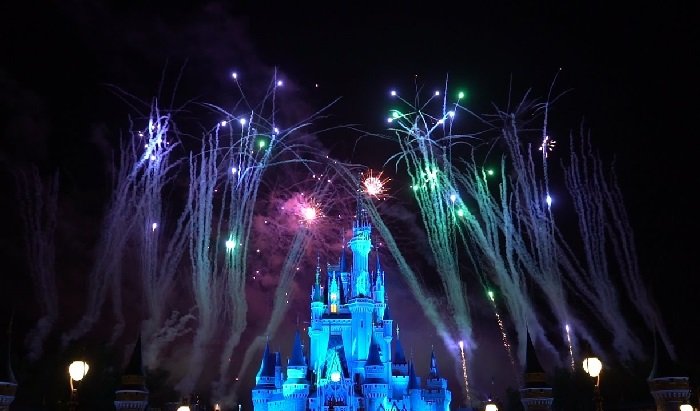 Everyone knows that Disneyworld likes to make a statement. Every year hundreds of firework shows are put on display to entertain guests and create an atmosphere of magic and Wonder. But did you know that Disney Parks is the second largest consumer of explosives in the world? They come in right after the US military. It makes sense if you really think about it. There are two firework shows put on every single night. No exceptions add in the frequent use of pyrotechnics in their shows and rides. 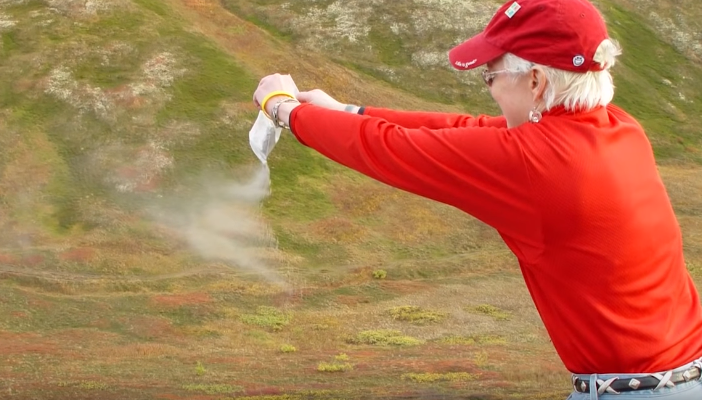 Disney World is a magical place, there’s no doubt about that. But did you know that it also kind of doubles as a graveyard? Since the early 90s people have been jumping on the trend of leaving ashes of their loved ones on certain brides and attractions. The Haunted Mansion became a popular hot spot for paying tribute to those who have passed. You’ll occasionally find piles of ashes on this ride but honestly, no ride is immune. One woman was caught dumping ashes into the river of the small world ride during her trip through the tunnel.

Ride personnel approached her and asked her what she was doing. She said she was just cleaning baby powder out of her back which sounds a little too specific wouldn’t you say. Employees have found numerous piles of ashes in the Haunted Mansion and other rides which were later confirmed as being from human remains. Disneyworld apparently gets at least two requests per year to scatter the remains of a family member. A lot of people have an emotional connection to Disney World. We could totally see how someone would want to spend eternity in the happiest place on earth. 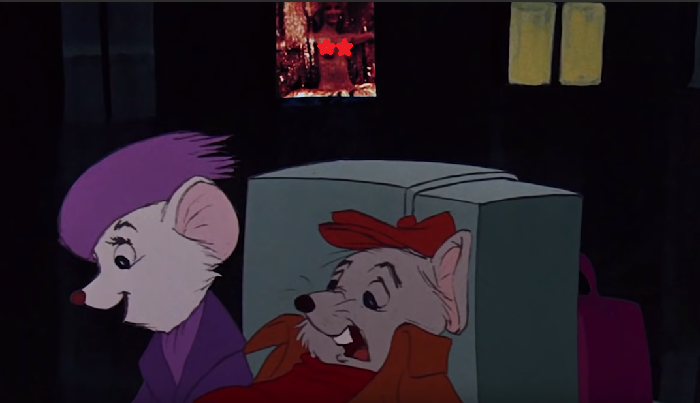 The 1990 Disney film Rescuers Downunder is a family classic. Most parents wouldn’t think twice about buying their kids a movie about a bunch of cute cuddly Australian mice. But apparently, this film needed a lot more parental guidance than the producers initially thought. About halfway through the movie when Orville makes his rooftop descent you can see the image of a topless woman in the window. It’s super quick but a lot of kids spotted it. Resulting in Disney having to recall 3.4 million videotapes. Who knows why the animators put that racy image in a children’s movie. It looked pretty deliberate. I’m sure those animators get pretty loopy drawing. Whatever the reason it’s the perfect piece of proof of how strange Disney can be. 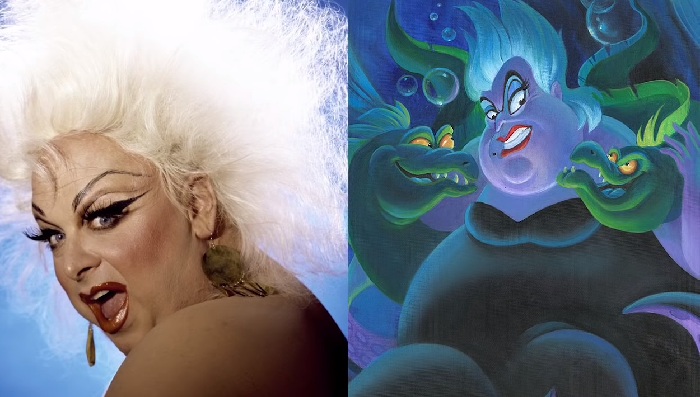 Ursula from The Little Mermaid is arguably one of the most well-loved and recognizable villains on the planet. This ugly evil sea which didn’t appear out of thin air Val. She was actually inspired by a famous drag queen named Divine. The animators went through several versions of the character before landing on the drag-worthy Ursula we all know and love today. Some early versions included an evil manta ray woman inspired by Joan Collins and a shark lady with a pink Mohawk and silver shark tail. They eventually landed on the current tentacle version of our Queen. Which was largely influenced by Howard Ashman, the lyricist of the film. He was a huge fan of Divine. The animators were instantly convinced and thus Ursula was born.

Walt Disney was the first person in animation to jump on the Technicolor bandwagon. Much to his brother Roy Chagrin who thought it was too expensive and time-consuming. The network required that he provide a black and white copy of every cartoon he’s commissioned to create. But one day he had the idea of making a full-color version of his one-minute animated movie flowers and trees. It took about three months to replace the black and white patent with a myriad of colors to create lifelike natural scenery.

He eventually got it done and everyone ended up being very pleased with the results even his brother. The movie was shown at the Chinese Theatre in 1932 and was an instant hit. MGM ended up commissioning him to make animated openings for their live-action films. People were going crazy for Technicolor. Walt Disney was actually the only animator in the world allowed to use the Technicolor patented technology for the two years following the success of flowers and trees. This gave the filmmaker an invaluable headstart in the industry.

Disney World Resort is considered to be the happiest place on earth. But did you know that it’s also one of the largest theme parks in the world? The famous family getaway spans over 46.89 square miles, comparable to the size of San Francisco which is home to about a million people. 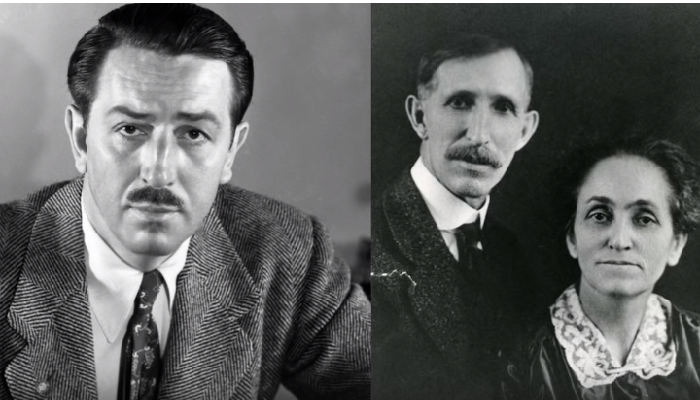 What do Bambi, Cinderella, Ariel and Peter Pan have in common? They’re all motherless. If you look through the Disney catalog of movies you’ll notice that most characters are either orphans or lose their mother during their film. Many believe that Walt’s own experience of losing his mother inspired the many orphaned characters in his early films. It all spurred from a devastating event involving his parents. When Walt was a young man he bought his parents a house with all the money he made from animation. One night the furnace broke and toxic gas filled the house killing his mother and injuring his father. The pain he experienced from the incident can be seen in the characters of his films. This trend of characters losing their mothers is even apparent in modern Disney films including Rapunzel Frozen and Beauty and the Beast. 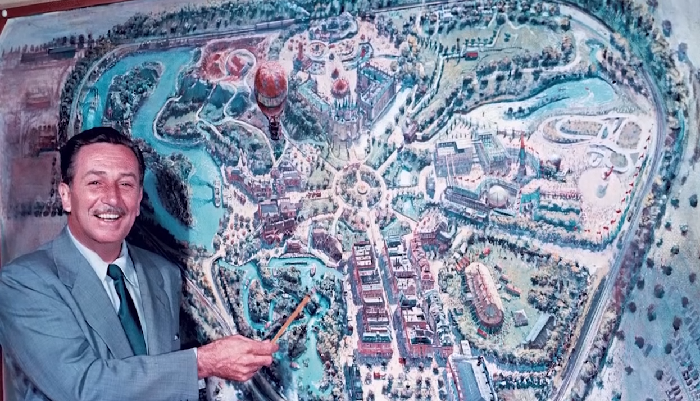 In the early days of Disneyland characters used to have to walk across the entire park to get to their respective worlds. Walt thought this spoiled the magic of these characters. He felt like he had to do something about this problem. So he decided to build an elaborate tunnel system under the park. Disneyland proved to be too small to accommodate tunnels. So he saved his master plan for when Disney World was built years later. This system allowed the costumed characters to pop up into their world without having to mingle with other Disney universes. The whole system covers about nine acres. Most characters have to ride in a golf cart like vehicles to get to their destination. 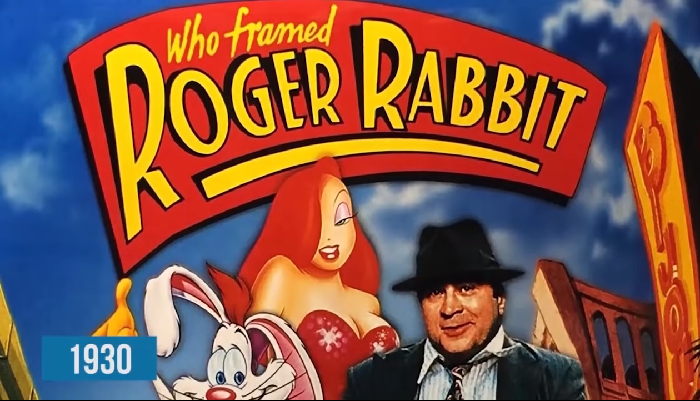 Disney is known for inserting split-second racy images into their films just for fun. There was a scene in the 1988 Disney film “Who Framed Roger Rabbit”. That was so inappropriate. They almost had to change the rating of the movie to 17+. The scene featured a full frontal scene by Jessica Rabbit. Her dress flies up and she isn’t wearing any underwear. The animators could have easily given her some undergarments. But as we know those Disney animators love to exercise their right to be dirty. 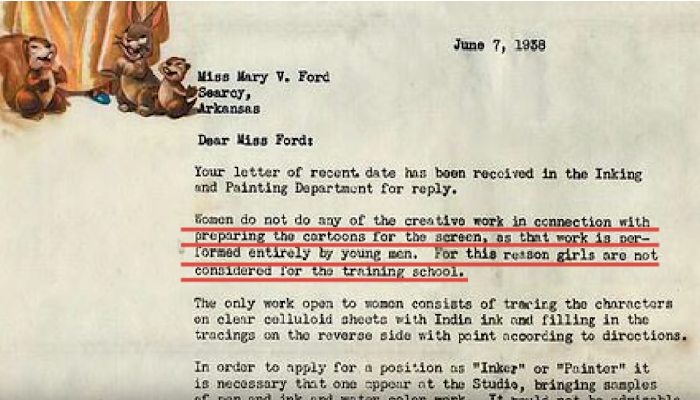 Tons of women applied to Disney’s animation program in the 1930s. But Walt would have none of it. Upon application, women would receive a letter stating women did not do any of the creative work in connection with preparing the cartoons for the screen, as that work is performed by young men. For this reason, girls are not considered for the training school. To qualify for the only work open to women one must be well grounded in the use of pen and ink and also of watercolor. The work to be done consists of tracing the characters on clear celluloid sheets with India ink and filling in the tracings on the reverse side with paint according to directions.

12. Stand up for Copyrights 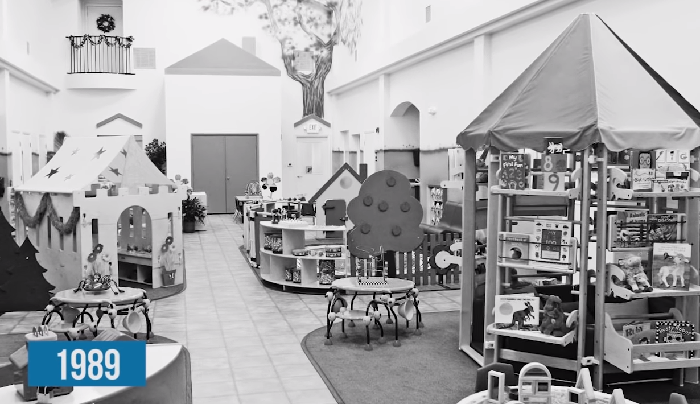 Disney is a little nut when it comes to copywriting their material. In 1989 three daycare centers in the Florida area mounted murals featuring Disney characters including Mickey Goofy and Minnie. Disney personnel arrived on the scene and threatened that if the murals weren’t taken down they would sue the Center for stolen intellectual property. The daycare has complied and painted over the murals with characters from the Hanna-Barbera universe, which was owned by Universal Studios. Who actually volunteered the use of their characters to them. This was apparently universals way of getting back at Disney for opening its movie theme park before theirs. 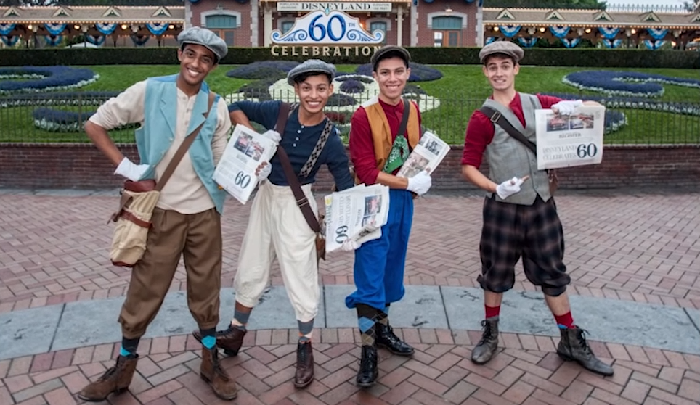 In the early years, Walt Disney banned all part cast members and employees from having facial hair. Which is kind of weird considering Walt Disney himself famously had a mustache for most of his life. This ban was kept in place until 2010 which is not that long ago. Nowadays employees can sport facial hair that reaches a quarter of an inch. However, they still don’t allow body piercings, tattoos or brightly colored dyed hair. Women also had to wear pantyhose before 2010 but are now allowed to wear pants. 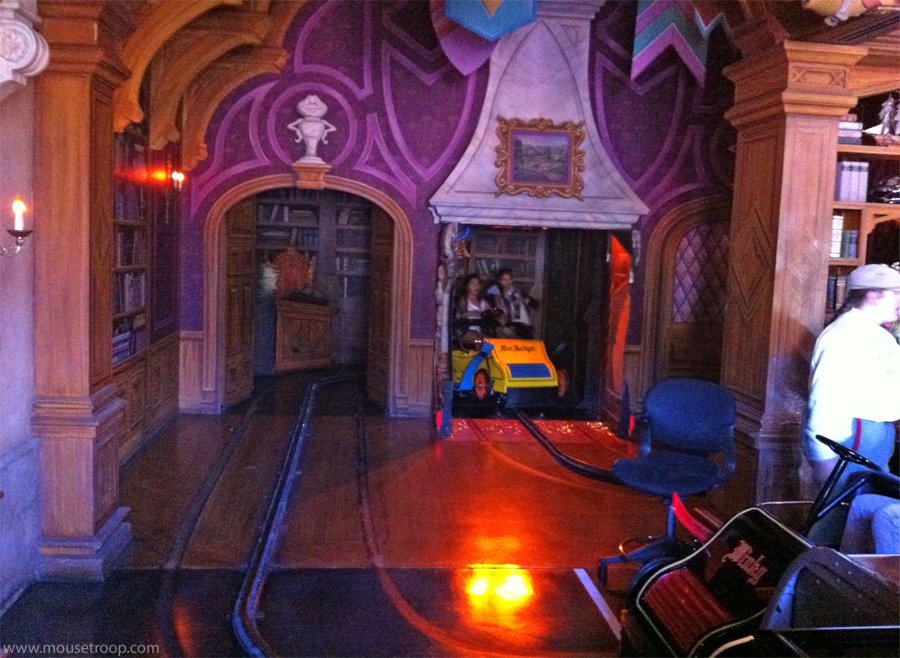 One of the most shocking of the bunch is Mr. Toad’s Wild Ride of Wind in the Willows Fame. You might be surprised to find out that this ride ends in actual hell. I’m talking pitchforks devils brimstone and everything. The final stop is even heated to make the fiery pit even more realistic for the guests. The strange part about this ride is there isn’t even a scene like this in Wind in the Willows. The Imagineer who designed it just thought it would be neat scary but neat.

So there you have it everything you kind of wished you didn’t know about Disney. I guess this just goes to show that there’s always a dark side even when you’re dealing with the most polished cheerful franchise on the planet.