12 things you didn’t know about Amazon. Amazon has come a long way since its roots is a simple online bookstore two decades ago. It’s now one of the largest brand names and existence with various empires and entertainment media shopping and more. CEO Jeff Bezos accumulating over 100 billion dollars in combined wealth. The name Amazon has come to be more associated with the company than it has the rainforest from which it gets its name. So at this point, we’d be surprised if you haven’t heard of it from robotic workers to simple things that are actually patented. Today we’re counting down 12 facts about Amazon that you may not have known. 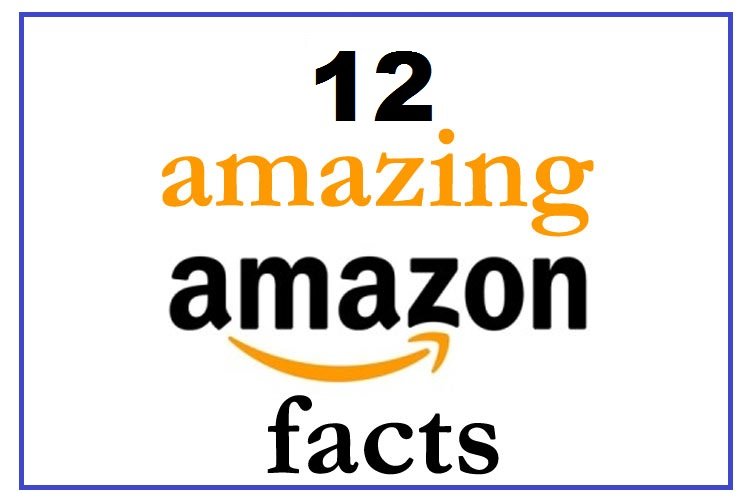 To start off our list we have a strange way. Amazon conducts its meetings. We tend to take the inclusion of a presentation document at meetings for granted. After all, you’d be hard pushed to find the movie set in the business world. That doesn’t include a presentation like a keynote or powerpoint is absolutely vital set-dressing. At Amazon, however, they do things a little differently. Instead of basing a meeting around a digital presentation each meeting begins with a reading session on a topic in question for half an hour. It sounds strange that a company would ban a tool that we’d agree are generally pretty helpful. But this move is to emphasize the importance of understanding and critical thinking of the given topic rather than boiling meanings down to multiple pages of graphics and statistics.

We have amazon’s early look. It’s common knowledge that websites update their look over time to suit modern aesthetics and to make use of new technology that allows for styles. That wouldn’t have been possible on the web in its early days. A notable example of the former of these would be google’s logo updates over time. The new sans-serif logo introduced in 2015 initially being met with criticism by users. Despite most of us now being able to admit it looks better than the old logo. I don’t think there can be any debate over whether Amazon looks better now compared to when it first started. Bizarre color schemes strange indentation and bland textiles really do make this a sight for sore eyes. Especially when compared to a modern design consisting of well-spaced in minimal styles with a heavy emphasis on images.

We have amazon staggering employee list. No other tech giant has come close. You might think that Google has a larger number of employees especially considering they put a lot of work into marketing the benefits of working for their company. But Google has a negligible amount of workers in comparison to Amazon. 88000 in total working at the parent company alphabet in 2017. Amazon, on the other hand, wants to go as big as possible with the acquisition of whole foods in 2017. It’s estimated that Amazon now employs over 550,000 workers.

Drones are widely considered to be an example of futuristic technology and Amazon is determined to make them a part of everyday life. In 2013 CEO Jeff Bezos released plans for a project called prime air. A system that uses drones to deliver packages to customers just half an hour after placing their order. Of course, the system comes with limitations as your package must be small and light enough to be able to be carried and within a ten-mile radius of an Amazon warehouse. This project is still in the development phase as you may have guessed. Though the first delivery was uploaded on to amazon’s youtube channel at the end of 2016 and not much more information about the services come our way since then.

A feature of Amazon you might not have known about is Amazon Smile. A lot of sites nowadays offer ways to handily donate to charities straight through sales on the app. Teespring for infants has a feature where you can donate incremental percentages of your earnings to a wide variety of charities. By using Amazon smile founded smiled on amazon.com. You can get Amazon to donate 0.5% of the purchase price of items you buy to a choice of up to 1 million charitable organizations. What’s particularly nice about this feature is that the experience you can find online is identical with the exact same products. So if you find yourself looking to buy something on Amazon in the future using this version of the site can only be beneficial.

it’s difficult to imagine Amazon being called anything else with how well-known the name is these days. But when the company was first getting started it was originally called Cadabra for a brief period of time. You would think they would have ditched this because it wasn’t very fitting of Amazon’s book-centric brand at the time and is more something similar to the name of a grocery store. But the reason Amazon isn’t called Cadabra is that Bezos lawyers suggested the name was too similar to the cadaver. Which just means a dead body probably not the greatest connotation to make with your brand name there.

We have an item bought by Brian Clock the most expensive item sold on Amazon in 2010. Brian spotted a cd of discovery channel sells priced at close to three billion dollars and put in his details out of a sense of morbid curiosity. We can only imagine his card was charged for $4 shipping and handling which seems a bit confusing to us. If you’re charging three billion dollars for a cd the least you can do is provide shipping and handling in your cost right. The order was soon canceled by Amazon saying that the seller is currently unable to accept payment. Brian briefly chatted to an Amazon employee soon after about the possibility of implementing limits on purchases. That is you won’t be able to top brian’s order for a very long time.

Upon hearing the domain relentless.com  you might think it’d be the landing page for relentless records or the relentless energy drink. You probably wouldn’t think that it would be a domain owned by Amazon. Even though it is registered in September 1994 by Bezos. Relentless.com serves only to redirect visitors to the amazon.com website. Before going on to start Amazon under the name Cadabra, Bezos originally considered calling amazon relentless. A name which sounds significantly more unfitting than Cadabra did give the website and oddly creepy feeling to it. Despite the company not going on to be named relentless the domain name was kept and to this day we’ll just redirect you to the main store page.

It’s hard to imagine now considering the size of the company these days. But Amazon wasn’t a huge success right away. They didn’t turn a profit as a company until the fourth quarter of 2001 six years after the original launch. Even now the company still struggles with making a profit. Opting for what’s been described as a slow burn business model fluctuating between earning and losing money over the history of its lifetime.

You might not have known that employees in Amazon have to spend two days every two years working on the service desk taking calls. It sounds strange to think of but actually serves an important purpose of helping employees understand the importance of customer service. When we say employees at Amazon we’re including Bezos himself who also participates in the custom. Difficult as that might be to believe that the CEO of the entire corporation would consider himself needing to be routinely brushed up on the value of customer service.

If you’re the kind of person that worries about the tremendous amount of data floating around between corporations. We don’t think the century is gonna make you feel any better. Anticipatory shipping is a method of boosting efficiency and transporting your goods. In essence, this system can allow Amazon to predict your order before you even place it using previous time spent on site, previous purchases, frequency of purchases and even some various real-world information. To guess what you’ll be buying and deliver the expected package to a local warehouse as soon as possible for minimal shipping time. Amazon filed a patent for the technology in December 2012 which was approved in December 2013.

We have the number of robots amazon uses working in its fulfillment centers. Robots being used to replace human labor seems like something straight out of sci-fi novels. But by 2016 45,000 robots were used by Amazon to manage and ship products faster than it’s possible for a human. Since purchasing Kiva systems the manufacturer of their robot workers in 2012 Amazon has been dramatically increasing the number of robots on site every year. Investing in a workforce that can typically do our jobs better than we can scary stuff.

That’s the list have any more facts you want to share with us let us know in the comments section, we’d love to hear from you.