Thousands of murders and considering it as a Noble Experiment! Wait, what actually is this? Is this true? The answer is simply YES!

Some realities and happenings have been overlooked and not addressed openly in front of the public. But, historians have undressed all those cruel and unpredictable events in their books. Because history isn’t about nations’ glory and struggles, it does bear some untold truths and hidden lies.

Here, we have gathered 20 Mind-blowing US History Facts, which will also disclose the truth behind the first statement of this article! So, be ready to unleash the dramatic stories of the past! 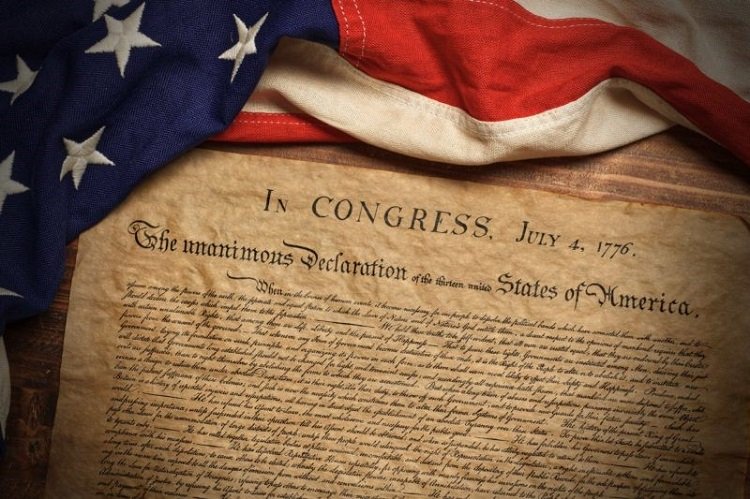 1. Oops! The 4th of July isn’t the American Day of Independence!

The day when the slogans of freedom were echoed everywhere was 2nd July 1776. The British crown in the United States was taken off on this day. All the efforts of the Continental congress came true after they voted for freedom. But, on the 4th of July, 1776, the declaration of Independence was officially signed. And then a state with enormous power came into being. So, the actual day of independence is 2nd July 1776. 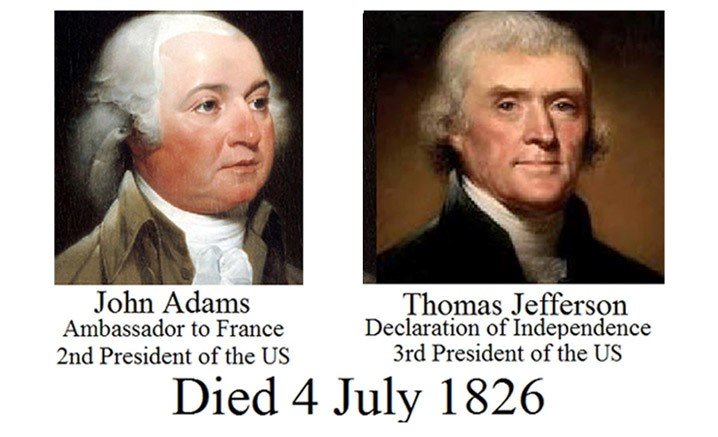 2. Death of two Famous American Presidents on the 50th year of Independence:

John Adams and Thomas Jefferson are the pioneers of the United States. They are also known as the Founding Fathers of the USA. These two heroes shared a friend-and-foe bond in their presidency spans. Their conflicts were because of their different thinking strategies about the state. But, during their end times, John Adams offered a hand of friendship to Thomas Jefferson. That resulted in ending up the previous rivalry. Coincidently, they died on the 50th Independence Day, just 5 hours apart! 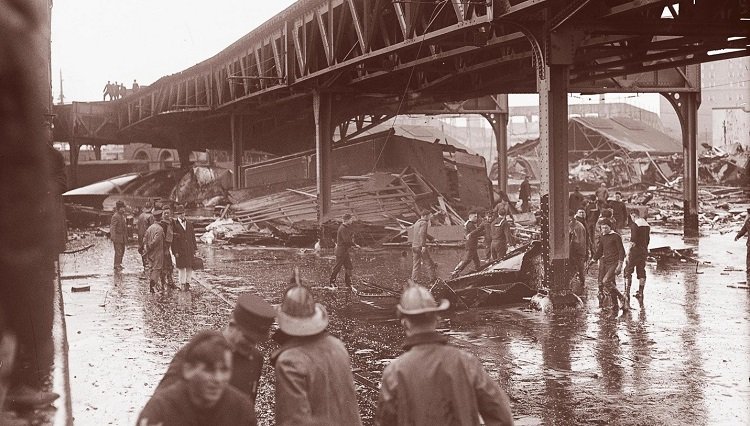 3. Huge waves of Molasses flood swallowed the lives of 21 people:

An unpredictable disaster struck Boston on 15th January 1919. The mammoth-sized tank collapsed on the civilians with 8,000,000 liters of Molasses. The giant waves generated after the collision were 15 to 40 feet high. It created a thick sticky catastrophe and ended up gulping the lives of 21 residents. Moreover, the loss of buildings, vehicles, and animals doubled the sorrow of the community. 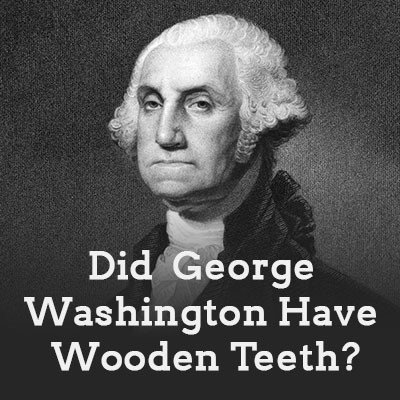 4. George Washington faced severe dental issues & was left with one natural tooth only

The American nation’s father, George Washington, faced severe dental issues in adulthood. As soon as he was declared the first President of the United States, only one natural tooth was left in his mouth. His painful dental problem is prevalent because of a myth associated with it. Moreover, it was known that George Washington wore wooden teeth! Which was completely wrong. His artificial teeth were made from gold, hippopotamus ivory, lead, and even slave teeth. 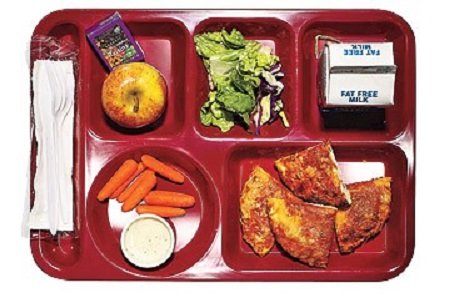 During World War II, many thrilling aspects came forward. One of which was the poor health of the community. They weren’t healthy enough to be selected by the military. So, many new Acts were made to cover the previous loopholes. In 1946, America’s National School program was started. The initial objective of this act was to deliver free or low-cost lunches to students. So, the state would have strong individuals in their hour of need. 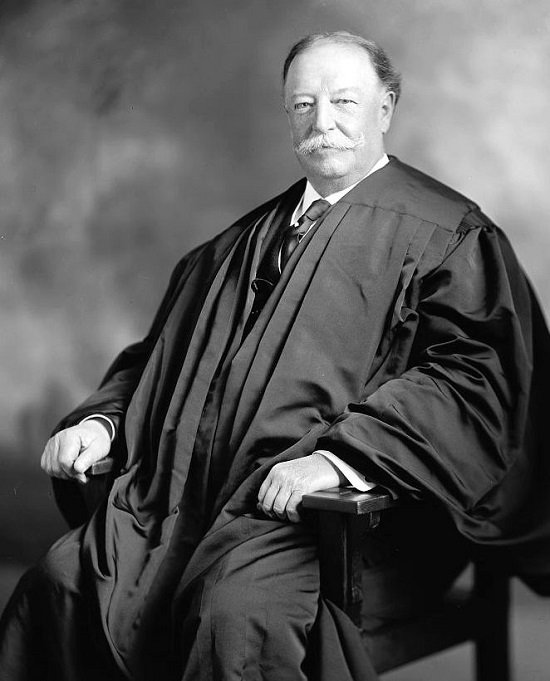 6. American President who gained fame because of the bathtub?

Till now, the heaviest President of the United States was William Howard Taft. This 27th American President weighs about 147kg during the early time of his presidency. But, at the end of his tenure, he gained 13kg more. Obesity created a pile of issues for him. Getting out of the bathtub wasn’t an easy pill to swallow for him. For this, a gigantic-sized bathtub was inserted to provide ease him. 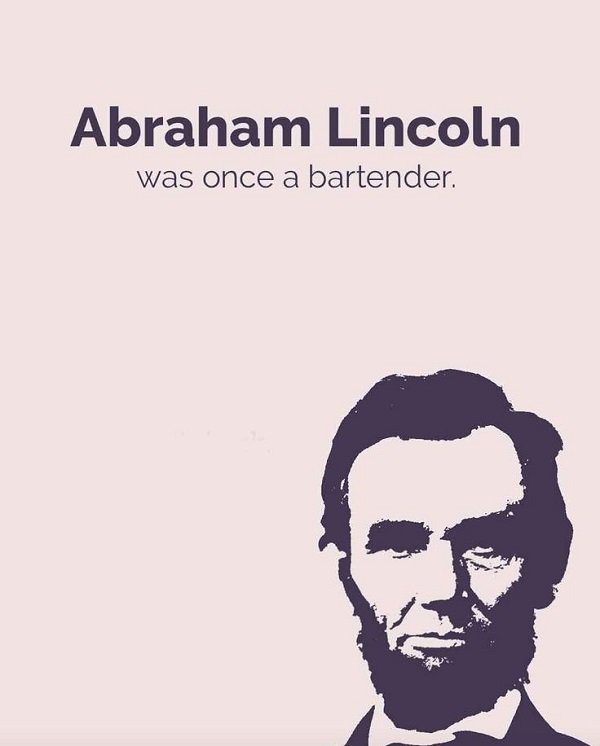 7. Abraham Lincoln didn’t drink alcohol but was a Licensed Bartender before

Before jumping into the world of politics, Abraham Lincoln started a small shop with his friend. The shop was named “Berry and Lincoln”. Where they used to sell liquor, honey, firearms, and more, in this shared business, more responsibility was on the shoulders of Abraham Lincoln. His friend was more of being drunk all the time. Soon, because of his negligence, they came under the weight of enormous debt. After this, Lincoln parted ways from this business and started his career in politics. Lincoln, a licensed bartender, didn’t like to drink or smoke throughout his political career. 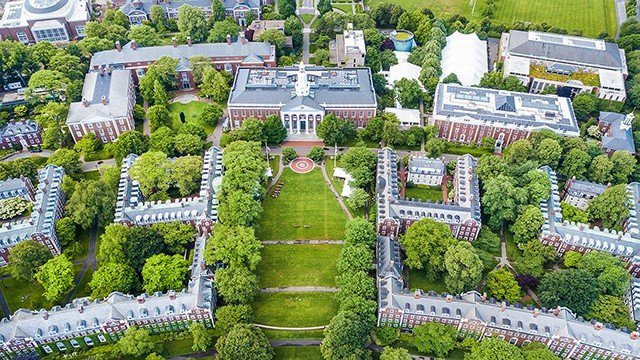 8. Which is the United States’ first University?

Harvard University is the United States’ first and the oldest University. This institute of excellence is still the best one in the world. In 1636, this prestigious University was founded. Moreover, some hidden yet interesting facts about Harvard University have been added here. It has a 92 km long bookshelf. More than 8 presidents have studied at this University. At last, it holds an area of 5,457 acres, which makes it an Empire!

You may also like: Most Popular Conspiracy Theories in US History 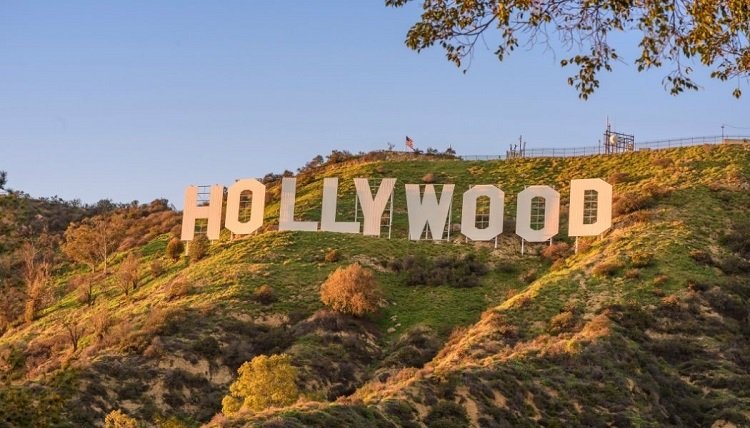 9. Why Hollywood ran away from the world’s first bulb inventor

The famous face behind the invention of the first bulb is Thomas Edison. He is known for his remarkable work in the field of emerging technology.

But, his more advanced inventions led him to be the King of the Film sector! As a king, he wasn’t friendly to other filmmakers. He tried hard to restrict the actions of others by dragging them to court because of copyright issues. In order to escape from his shadow, the newbie filmmakers ran away from New York to Los Angeles. Because the courts out there weren’t influenced by Edison’s patents. 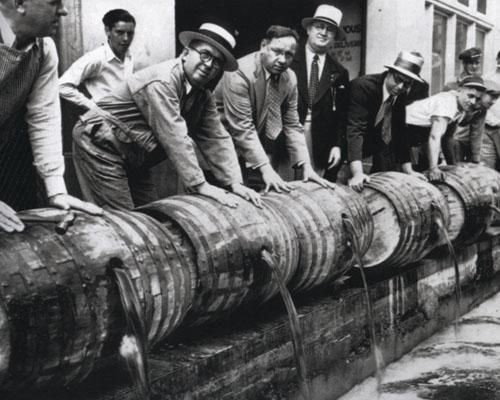 The era of prohibition started in 1920 when the act was passed to ban all types of alcoholic beverages. The core factor behind this prohibition was to make society more sober and healthy. This famous act is known as the “Noble Experiment”. But, some illegal sources were still providing alcohol despite the prohibition. After this scenario, the United States began filling alcoholic beverages with poison.

This action resulted in taking the lives of 10,000 people. But, it ended in 1933 at the initial phase of “The Great Depression Time”. 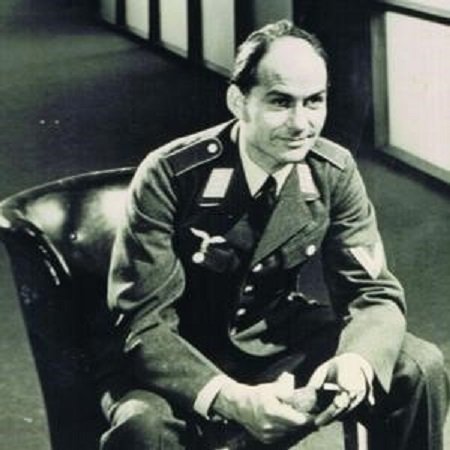 11. How Hanns Schraff used his hammer of kindness to unveil the hidden truths

Hanns Schraff was a brilliant German personality whose art of investigation changed the higher authorities’ perception. His ability to cross-questioning was indeed on the principles of life! He used to hit the opponent with his kindness and friendly approach. Moreover, his highly remarkable skills bring him to the US, where his tactics are still part of Interrogation School. Therefore, he is known as the Master of Interrogation. 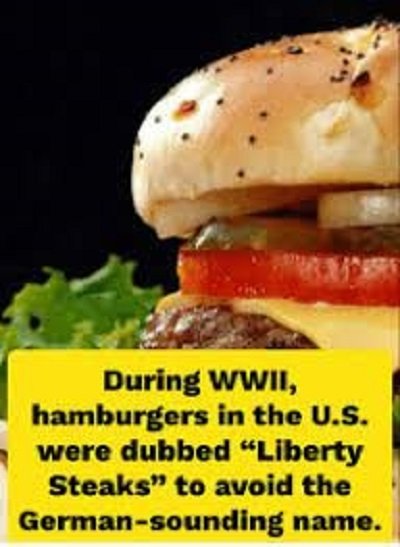 12. There’s a history behind the United States hamburger

The birthing place of Hamburger is Hamburg, a city in Germany. Firstly, its patty shape wasn’t defined and well-oriented as it is today. Previously, it was just raw chopped meat only. But, an organized form of hamburger was developed in 1904, where a proper bun and meat patty was introduced. Firstly, Americans were reluctant to call it Hamburger because of their rivalry with Germany (Because it came from its city, Hamburg).

So, they named hamburgers “Liberty Steaks” during the times of the First and Second World Wars. 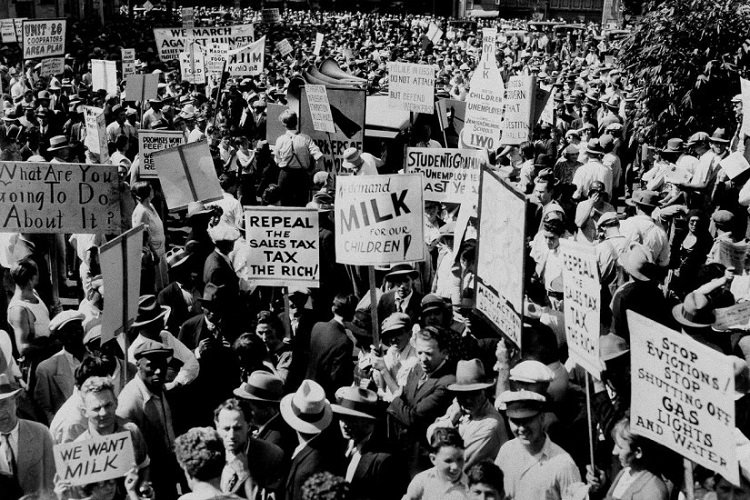 13. A Decade of the Great Depression

The most depressing span in the history of the US started in 1929 and ended in 1939. This ugliest part of the past gulped the happiness of not only Americans but also of the whole world. Loss in Stock Exchange, Banking Sector, and extreme financial crisis were the backbone of this melancholy. These crumbled factors resulted in unemployment, inflation, industrial loss, and more. Therefore, this black period is known as “A Decade of Great Depression”. 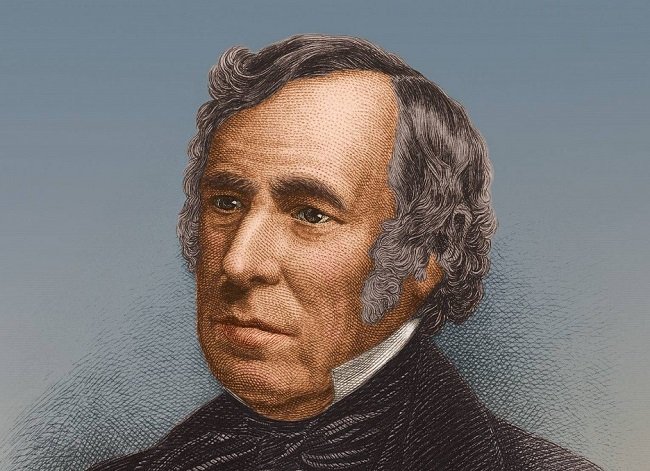 On the joyous independence day of 1850, President Zachary Taylor enjoyed the festivals with great zeal. While enjoying those festivities, President relished himself with some cherries. But, he didn’t know that these cherries would end his life. As soon as he came back home, he drank iced milk. Which caused a reaction and ended his life in the next four days.

Well, some historians assumed that his cause of death was something else. But, there’s no existing proof behind it. 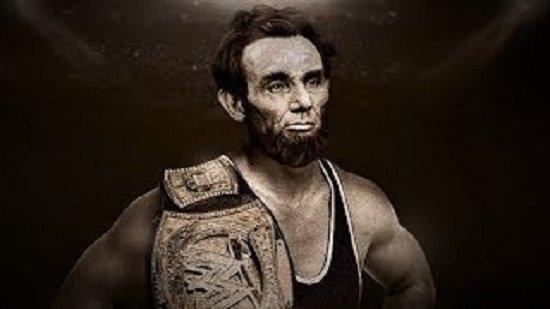 15. Abraham Lincoln was a born wrestler

Abraham Lincoln’s art of knocking out opponents from the wrestling ring labeled him “Outstanding American”! His journey to becoming an athlete is highly remarkable. Losing the game wasn’t an option for him. His proactive nature took him to new levels of fame in sports. The successful voyage of Abraham Lincoln includes 299 undefeatable matches – which sounds utterly astonishing! 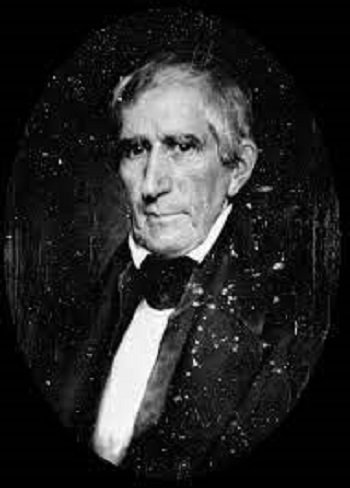 16. Which president died just after 31 days of the presidency?

The death chased the 9th president of the United States from the day of inauguration. When William Henry Harrison was elected, he was pretty old. So, quite quickly, he got a cold on the initiation day. He couldn’t bear this cold, which soon became pneumonia and resulted in death. So, right after 31 days of taking the oath, President was found dead in his office. 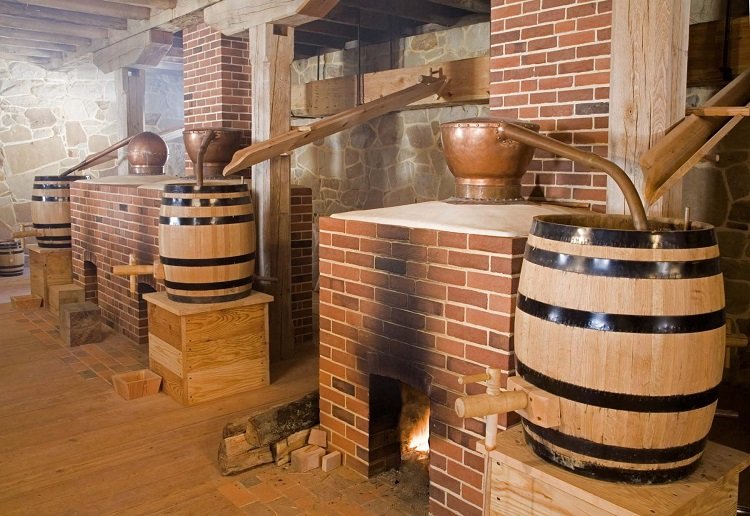 17. Whose initiative made Washington’s Distillery a successful venture?

The idea of building a distillery added another bright star in Washington’s history. While Washington always wanted to run a profitable enterprise, which became a reality after meeting James Anderson.

James Anderson’s father was a farmer. So, his expertise in farming was awe-inspiring. He gave the idea of starting a new venture in the distillery. After thorough research and work, Washington’s distillery became the most profitable! 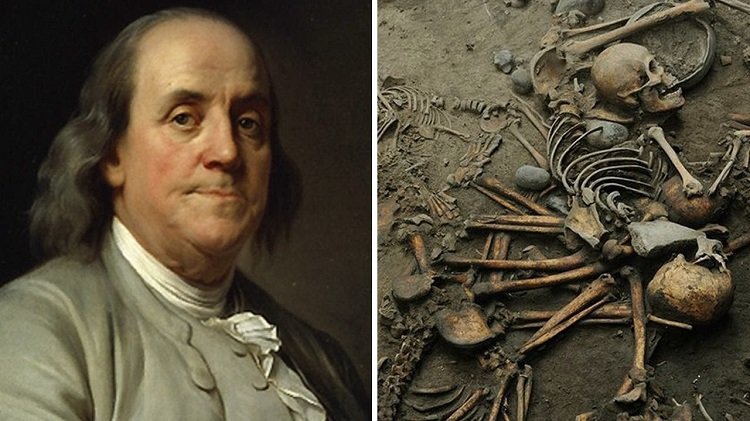 18. Benjamin Franklin’s innocence is still wagging on the mysterious discovery of 1,200 bones from his basement!

Benjamin Franklin holds a specific slot in the history of the USA. His fame is because of his knowledge and command over multiple fields. But, a dark secret was hiding in his basement for centuries. In 1998, the plan was made to have a museum by the name of Franklin in his place. But, the sudden discovery of 1,200 bones left the authorities in a shocking state.

Upon searching more, it was found that Franklin’s friend used to learn the anatomy of humans via dead bodies. But, it was illegal and prohibited at that time! So, a question arises here! Whether Franklin knew what was happening in his basement or not? Whether he was entirely into it or not?

This mystery is still unsolved! 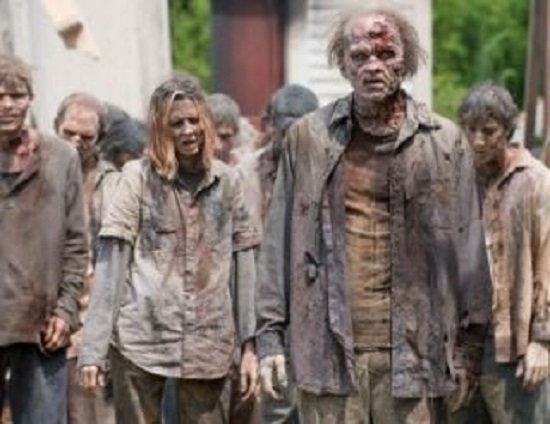 19. Are Zombies going to attack the United States?

You may also like: 16 Most Beautiful First Ladies in the History of America 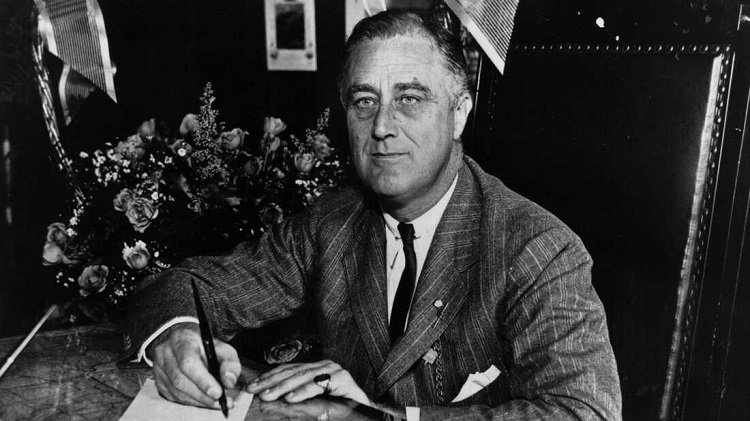 20. An underground railway station was designed for the 32nd President of the United States

Franklin D. Roosevelt, 32nd President of the United States, was struck with polio at 39. He was pretty uncomfortable showing himself in a wheelchair in front of the public. So, a particular train track known as “Track 61” was used to help him travel to New York. Still, this train track is not for the public. Some influential people and politicians use it to travel without being highlighted.

Unusual and Mind-blowing facts always carry a taste of thrill and curiosity. These 20 Mind-blowing history facts have indeed broadened your spectrum of observing history. At last, we hope you enjoyed reading this exciting side of history.