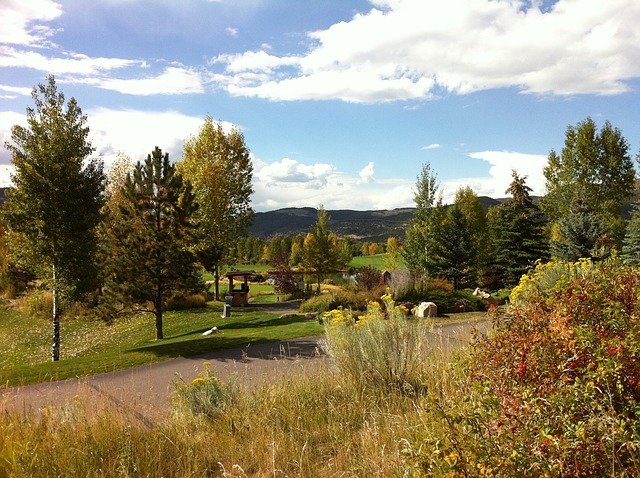 Aspen is a ski resort town in Colorado’s Rocky Mountains. The town is known for its winter sports but it’s also a destination for year-round outdoor recreational activities. It also has some really cool landmarks like the Wheeler Opera House that was built in 1889. Aspen is in a remote portion of the Rocky Mountains which makes it one of those places that city dwellers often dream about. Aspen didn’t have so many visitors every year it would probably be the perfect place for most people to move to.

Crime and cost living are the only things that bring Aspen down. Not a lot of major crime but drunks and petty theft are always on tap in Aspen, like most places that have busloads of tourists every year. This place is beautiful. Here are some fun facts about Aspen. 96.7 percent of the people in Aspen have completed high school that’s amazing. A median home price in Aspen is a hundred and fifty-two percent higher than the national average. 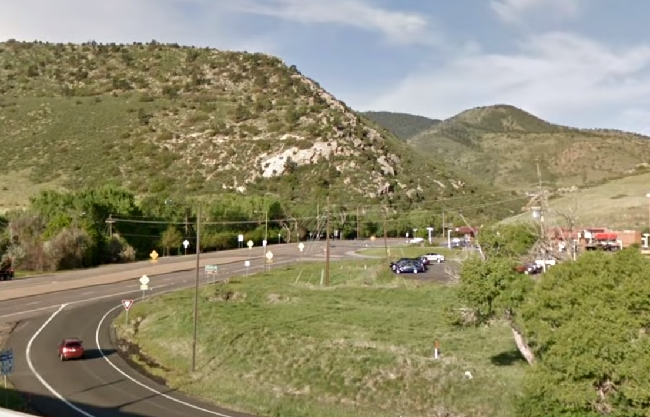 This is a small Foothill settlement that’s named after George Morrison. In the mid-1800s he was a builder and a businessman who made such an impact on the area, they named a town after him. Morrison is one of the safest towns in Colorado and actually in the United States. When I research places for my list I always come across this one stat about crime. A good town will have something like one in 75 chance a bad town might have something like a 1 in 12 chance of being a victim of a crime. 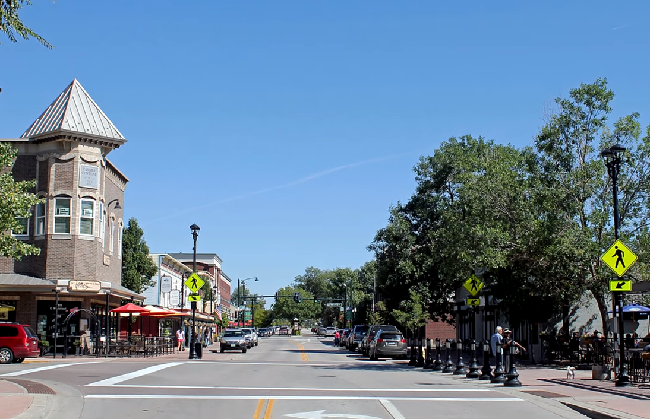 Parker Colorado is one of those places everyone talked about moving to in the 1980s and 90s. It has a lot of open space. It’s close to Denver. It’s got fresh air and it’s got a lot of nature. Parker is a small town that’s growing quickly in the past couple of decades. They’ve built quite a few residential areas. The residents describe the schools as fantastic and the jobs are easily obtainable. 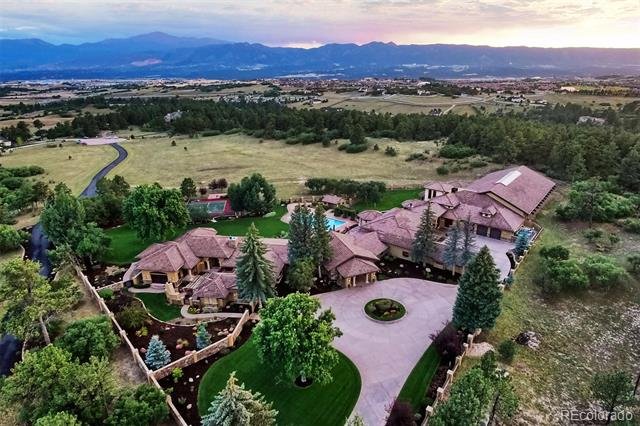 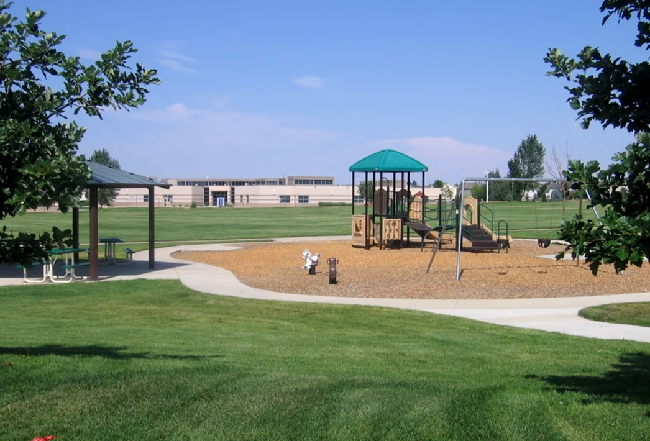 Firestone Colorado was a small town between Denver and Fort Collins. The town of Firestone went all out on recreation areas. There are about 18 parks where many of the residents enjoy camping, hiking, fishing and things of that nature. When you count all the small neighborhood parks, there are over 35 parks including a 12-mile scenic trail. It’s the Firestone legacy trail, it’s over 12 miles long and located where some old train tracks used to serve the coal industry.

Now they did have a sad situation in 2017 in April 2010, an explosion caused by an untapped gas well destroyed a home on Twilight Avenue killing two people and seriously injuring a third. This incident prompted a statewide discussion on fracking and drilling throughout the state. Here are some fun facts about Firestone. Firestone is safer than 84% of the cities in the United States. The poverty level in Firestone is 77 percent lower than the national average and 97% of the residents have a high school diploma. 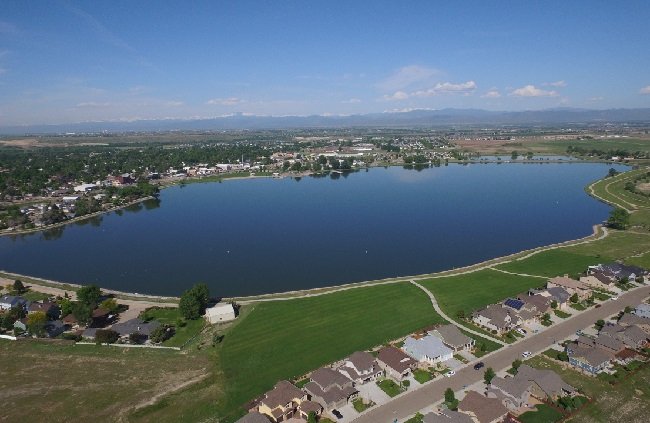 Windsor Colorado is a very community-centered town. There’s always an event going on during the weekends as well as throughout the week. Windsor residents have an amazing view of the Rocky Mountains. Here are some fun facts about Windsor. The air quality index in Windsor is 17% better than the national average. The overall crime rate in Windsor is 72% lower than the national average. It’s a nice place to be. 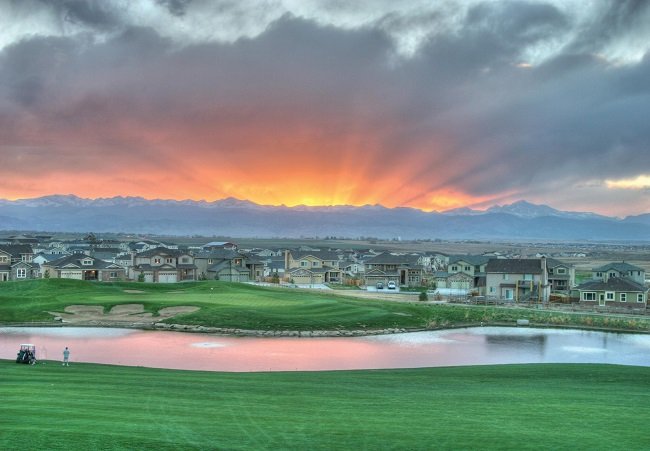 Erie Colorado is a town that had quite a population boost in the last 20 years. Erie’s population doubled from 2000 to 2010 and now sits at about 20,000 people. The town of Erie is about 30 minutes east of Boulder, at about 40 minutes north of Denver. They have tons of new construction here nice homes go for around 400,000. Here are some fun facts about Erie. The area is safer than 88% of the cities in the United States. The per income capita in Erie is 46% higher than the national average, that’s pretty good. 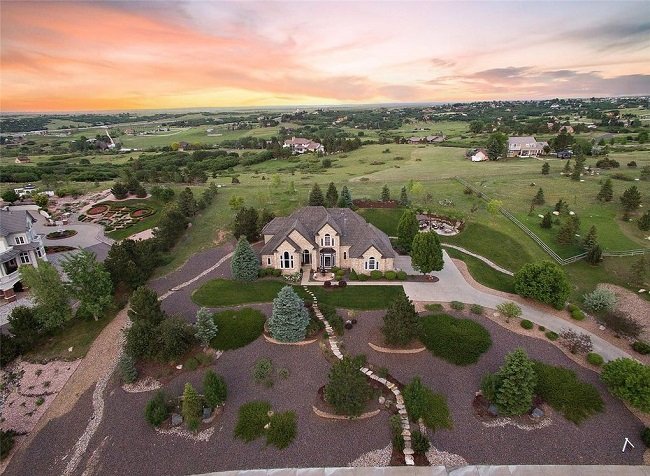 Do you like fresh air golf and low crime if so I found your new hometown? Castle Pines Colorado is located about 20 miles south of Denver and has about 10,000 residents. The people here are really nice people. Castle Pines is a fairly new community that was incorporated in February of 2008. Now it’s been said to be one of the best places to raise families in Colorado.

That’s due to the great schools and low crime in which if you’ve got a family. Those are two things you really want to have and this is the place for you. The homes are a little pricey but that’s okay. If you can afford it, this is the type of place you want to live. Here are some fun facts about Castle Pines. The median household income in Castle Pines is 157% higher than the national average. And 68% of the people in Castle Pines have completed a bachelor’s degree. 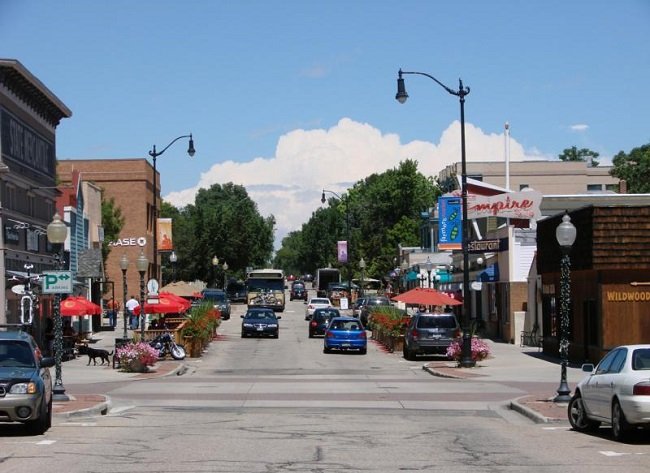 Louisville is a town between Denver and Boulder and it dates back to a mining town in 1877. Now Louisville does a great job incorporating its history with a more modern feel. Louisville is a nice place to live so nice that in 2017 Money Magazine named Louisville one of the best places to live in America. Here are some fun facts about Louisville. Louisville is safer than 85% of cities in the United States. The median household income in Louisville is 72% higher than the national average. The schools are nothing to sneeze at either they get high marks as well. 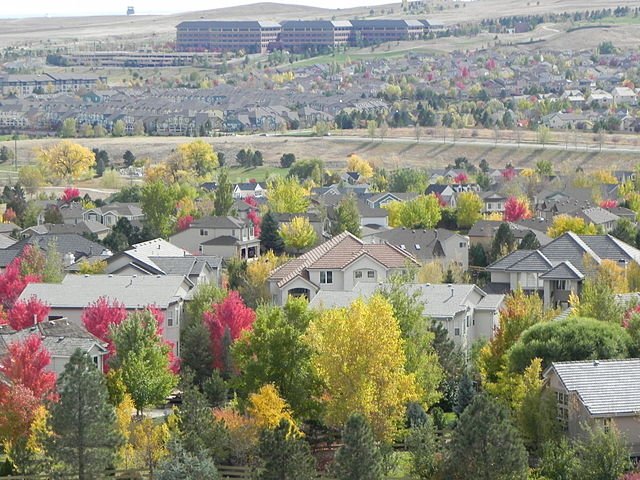 Superior Colorado is another town with its history going back to a coal mine in the 1800s. Now the town is an affluent family friendly area with extremely low crime rates and lots of fun stuff to do. This town has superior stats across the board. The only stat that isn’t superior is the cost of living, now it’s kind of to be expected when you’re living a place this superior compared to the rest of the state. Crime and unemployment stats get A pluses which are super.

Education and housing get A’s which aren’t super but still good. They even have a Walmart Supercenter right outside of town. Superior is filled with great neighborhoods and great people. Here are some fun facts about superior. The average school test score in superior is forty-four percent higher than the national average. Superior Colorado is safer than 82% of the cities in the United States. The poverty level in superior is 76 percent lower than the national average that’s super.

All right so that’s my top 10 best towns in Colorado. I hope you guys enjoyed and you got some information out of it. Leave me some comments tell me what towns you think should have made the list that I didn’t include.