Nations aren’t formed in a single night; it’s a struggle of centuries! The difficult times make the communities the strongest and the most civilized ones. Today’s superpower, the United States, wasn’t like this before. It’s a journey of sweet and bitter moments. Years and years of untiring and zealous determination. But, this growth doesn’t end here; it’s a continuous process.

Here, we have a short yet extensively researched list of 5 must-read US history books. These books include the cries and cheers, where one failed, and the other became victorious. Moreover, these events become a luminous pathway for the successors. Great authors and historians have done remarkable work in this regard. So, without any delay, check and enjoy the below list! 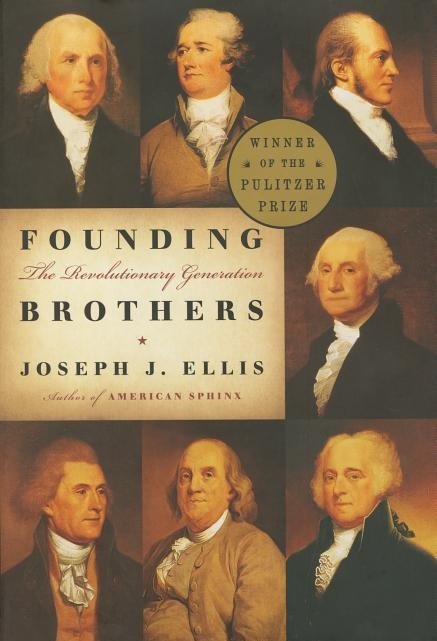 Description: Founding Brothers: The revolutionary generation is an American history book. It truly highlights the time of eighteen century, as this was the most crucial period of USA political growth. Moreover, there were seven great leaders whose main objective was to shape the new republic for America. Lately, they have been known as Founding Brothers.

This book basically revolves around the story of the Founding Brothers and their influence on American politics. Furthermore, it highlights their strength and weakness, both in personal and political life. Founding Brothers consist of 6 chapters. Joseph J. Ellis has described and explained different happenings in these parts. Below we have given a summary of these sections.

The Duel: It’s one of the famous rivalries between the two high-positioned personalities of America. The opposition was between Aaron Burr and Alexander Hamilton, which ended up after the death of Hamilton, who the Burr shot in agony and conflict. But, later, Aaron Burr faced the allegations of being the killer, which was true. And this stance stood as the downfall of Burr’s political career.

The Dinner: In 1790, Thomas Jefferson, one of the Founding Fathers of the state, arranged the dinner with James Madison and Alexander Hamilton. Its main purpose was to select a new Capital and make a plan to get rid of the debts.

The Silence: In this chapter, the author stated one of those times when people weren’t even ready to talk about slavery’s end. Back in the 1790s, for the first time, some petitions were signed to end this awful situation of the slave trade. Furthermore, Founding Brothers spoke against this cruelty, but no action was taken in this regard.

The Farewell: This chapter highlights the end of the President George Washington era.

Collaboration and Friendship: In these two chapters, you will see two friends turned into competitors. Just because of the political differences. Later how they both reunited and have a prolonged friendship until their death. 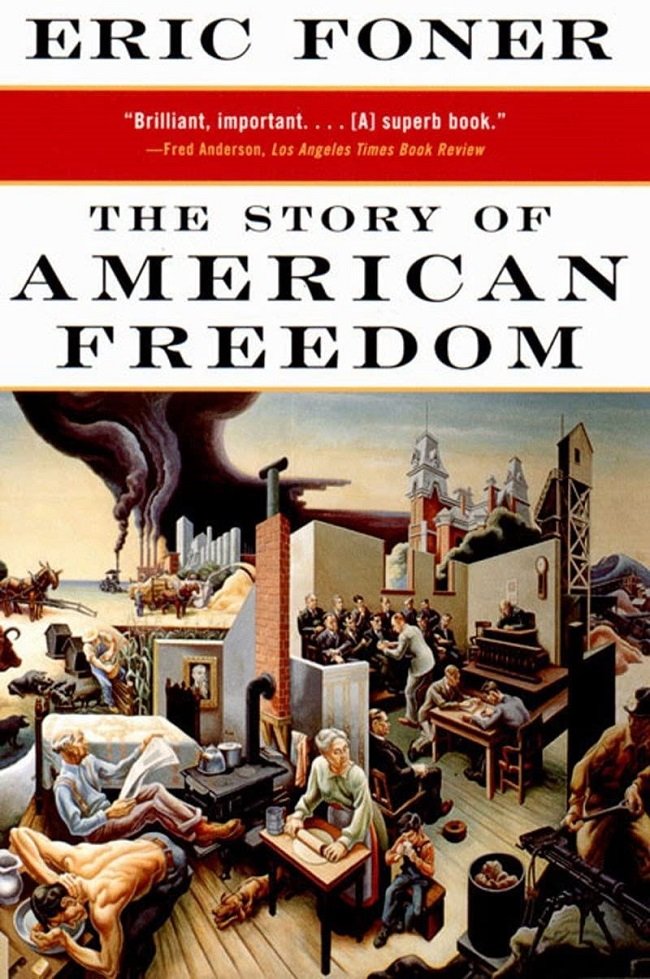 4. The story of American Freedom

Description: The story of American Freedom by Eric Foner is a diverse and complex history book. It is a comparison of Freedom and Slavery. In this book, Freedom is defined from different perspectives. It emphasizes observing the word Freedom from political debates to the bedroom.

Eric Foner has splendidly described how the Freedom of White people has been increased by contracting the boundaries of Freedom of Black people. Moreover, he writes about how race, color, and tongue let you enjoy Freedom or not!

On the whole, it’s one of the best books on American history. It has defined Freedom from all angles. 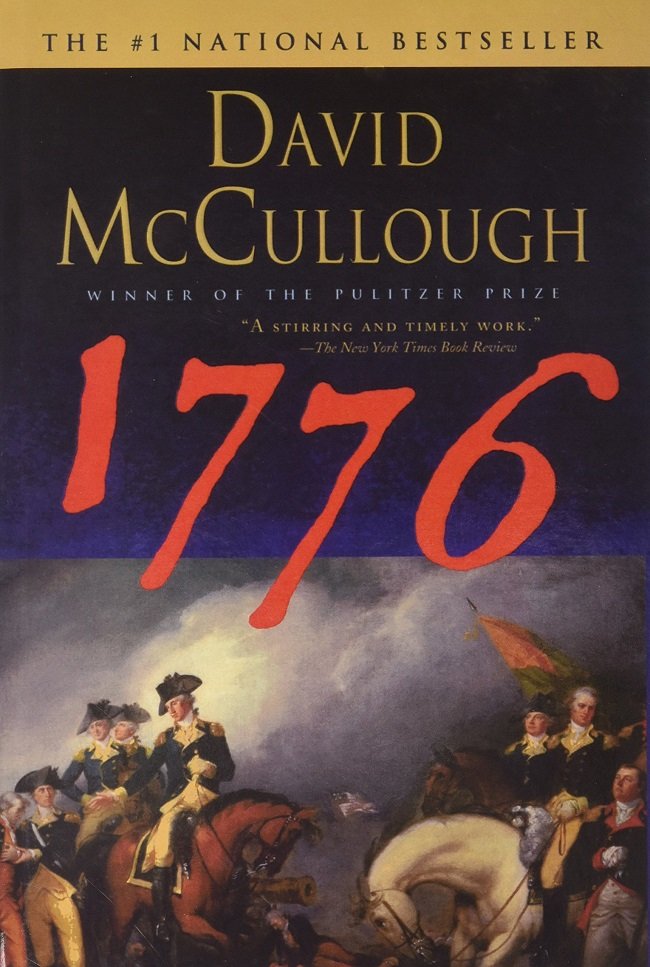 Description: 1776 was when the separation of America from the British influence began. It was the most crucial time of the American Revolution, a year where hopes were up and down.

In 1775, the actual struggles began when George III sent thousands of troops to end the rebellion. At the same time, George Washington was preparing his army to have the command over Boston. But, he and his commanders were unprofessional and new to the war. So, they were defeated by Britain.

After this defeat, George III sent more troops to Boston. At the same time, George Washington was devastated by defeat. But, he was not in the state to lose hope. Moreover, he started to call trained men to join the army and was trying to improve their discipline.

Washington then met Henry Knox, who became a game-changer in the war. Previously, their gunpowder wasn’t enough to fight more. But, Knox planned and recovered the cannons from the British. Eventually, they made the George III army fly from Boston to New York.

With Great Spirit, George Washington marched towards New York, but the fate wasn’t the same as in Boston. The British troop defeated him.

By the end of 1776, George Washington scored another victory against Britain. That’s why this year is labeled as the year of Independence.

On the whole, McCullough has brilliantly described the very fine details of 1776, which makes this book a must-read US history book.

You may also like: Most Popular Conspiracy Theories in US History 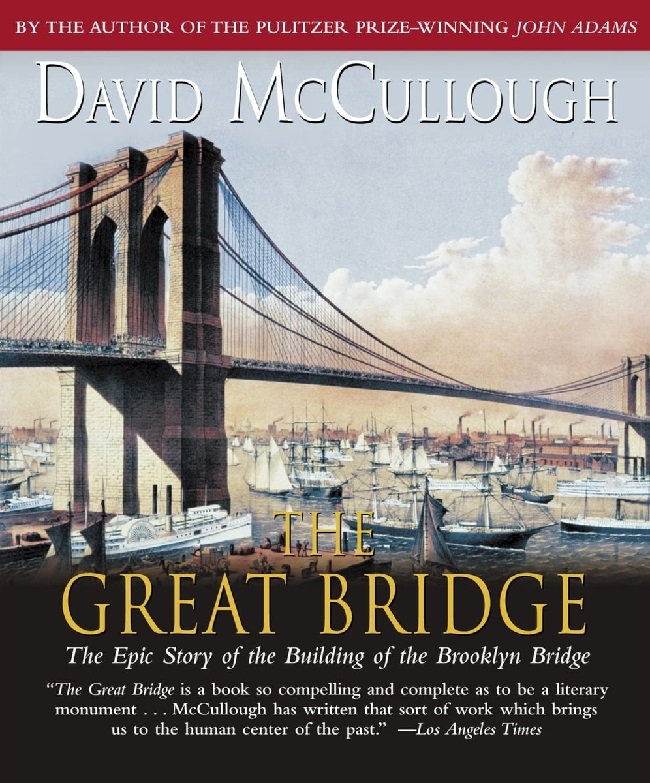 The epic story of the building of the Brooklyn Bridge:

Description: The second yet the most famous book in US history is The Great Bridge. It’s a story of the bridge, which was considered a dream one time, but then the faith of the working and guiding staff changed it into reality.

The story begins with Roebling’s idea of constructing a bridge connecting Manhattan and Brooklyn. Roebling was an industrial engineer; he planned to build the largest bridge in the world at that time. But, it wasn’t easy at all. The Brooklyn Bridge took the lives of more than 24 people and himself. Then his wife, Emily Roebling, and their son Washington took charge and completed his dream.

Therefore, after the strenuous work of fourteen years. The Great Bridge’s construction was completed and was inaugurated by the President and Governor of New York. On the whole, David McCullough, the great historian, has exquisitely explained the diligent work of the American engineers in this book. 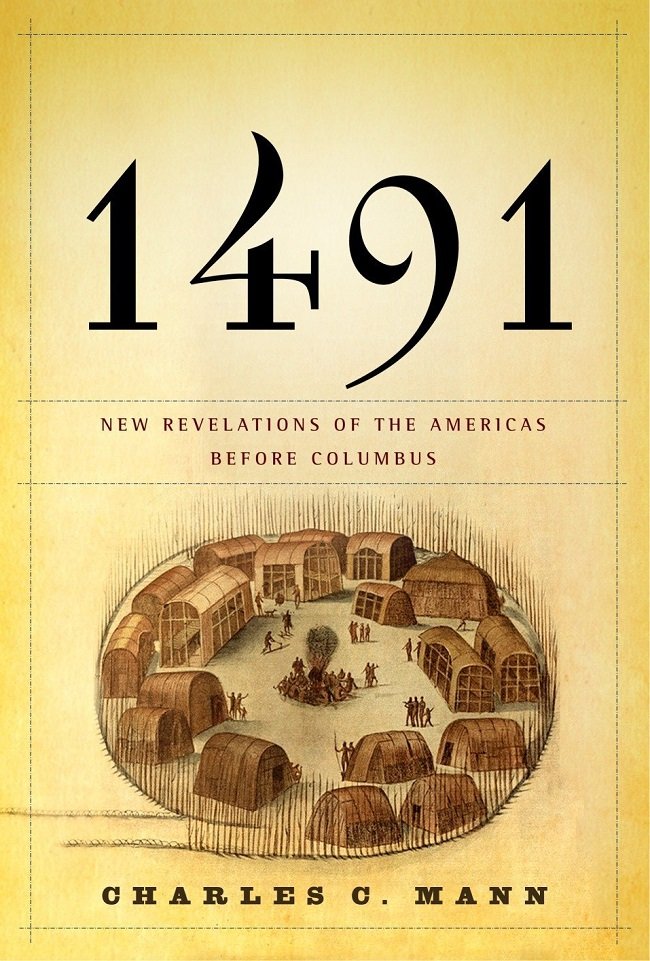 New Revelations of Americas before Columbus

Description: Charles C. Mann, the author of 1491 New Revelations of Americas Before Columbus, is one of the must-read US history books! The last four books have depicted the historical events of the American revolutionary time. But, this book takes its readers back to the period when America was unknown to the world.

Charles mentions an advanced Native American civilization before the British Empire arrived. They were living in societies with complete social and political ethics. Everything was organized, from construction to farming.

Moreover, Charles’s statement about modern societies contradicts other historical authors. They mentioned a disorganized structure of Native Americans before 1491. But, Charles has done deep research and highlighted many significant aspects of the pre-Columbian time in his book. Overall, it’s an interesting and one of the best American history books.

At last, the list of 5 must-read US history books comes to an end. It was a short journey in the past, yet a schooling one! Hope you enjoyed this informational article!