There are some incredibly large manmade lakes in the USA. But where do you begin? This list will give you a basic overview of the largest artificial lakes. But it doesn’t stop there. There are some other, less-known reservoirs that deserve your attention, too. Check out Lake Mead, Lake Powell, Lake Sakakawea, and even Lake Oahe. Ultimately, you’ll want to choose the best one for your trip based on where you’d like to go.

You may also like: 11 Largest Photovoltaic Power Stations in the USA 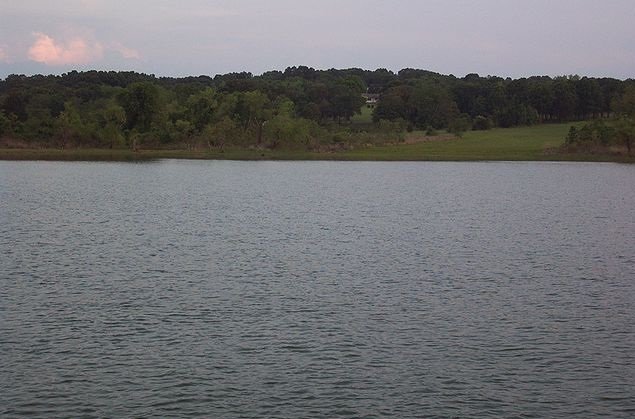 In the place where the Red River and the Washita River meet is the sprawling and highly developed Lake Texoma. The lake was created along with the Denison Dam development in Texas. The United States Army Corps of Engineers manages 54 parks on the lake and the surrounding area. Here, visitors can enjoy numerous water sports and enjoy the sights and sounds of the natural surroundings.

Fish are plentiful on the lake, and the Oklahoma Department of Wildlife Conservation and the Texas Parks and Wildlife Department both manage the fishery resources. At least 70 species of fish are found in Lake Texoma, with several introduced by the ODWC through a supplemental stocking program. Some popular recreational fish species are largemouth bass and spotted bass, and striped bass, a very popular sport fishery. 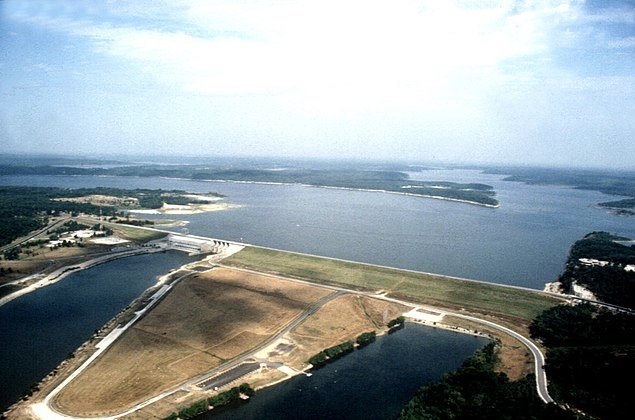 Truman Reservoir is Missouri’s largest manmade lake, located near the towns of Clinton and Warsaw on the Osage River. With 55,600 acres of land, the reservoir is an excellent habitat for Missouri wildlife, including deer, turkey, and other furbearers. A large park system surrounds the lake, and the area provides endless opportunities for serious outdoorsmen. 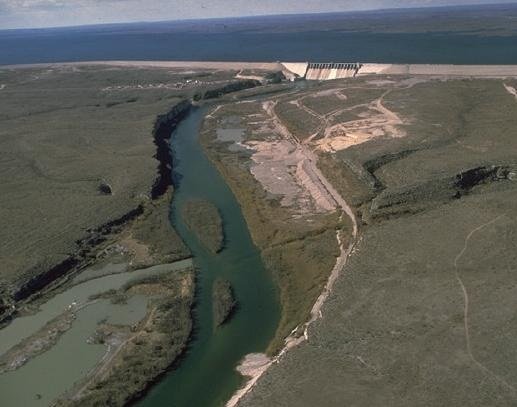 Amistad Reservoir is one of the largest manmade lakes in the USA, with a surface area of nearly 64,900 acres. It is located in Texas, just three hours from San Antonio. It is home to several species of freshwater fish, including rainbow trout, sockeye salmon, and burbot. The lake is located in a picturesque setting. 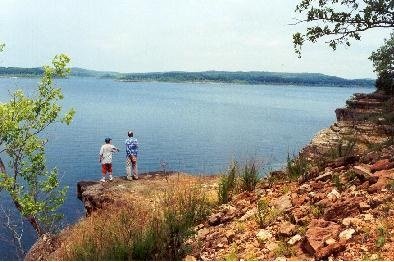 The lake has a surface area of 183 square kilometers and covers 45,150 acres. Its maximum depth is 64 meters, with inflow and outflow into the White River. In addition, the lake has a variety of natural features and has been designated a state park. A variety of activities are available for visitors to this lake, including fishing, boating, swimming, and camping. 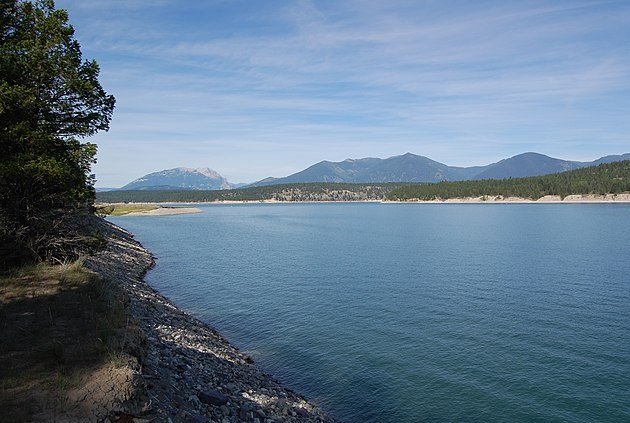 The Libby Dam formed Lake Koocanusa, the eighth largest manmade lake in the USA. The lake spans nearly 90 miles in Montana and reaches a maximum depth of 310 feet. It is a hydroelectric power source, flood protection, and wildlife habitat that benefits people and animals alike. With a variety of recreational opportunities available year-round, Lake Koocanusa is an ideal location to enjoy lake life and explore the many outdoor activities that the area has to offer. 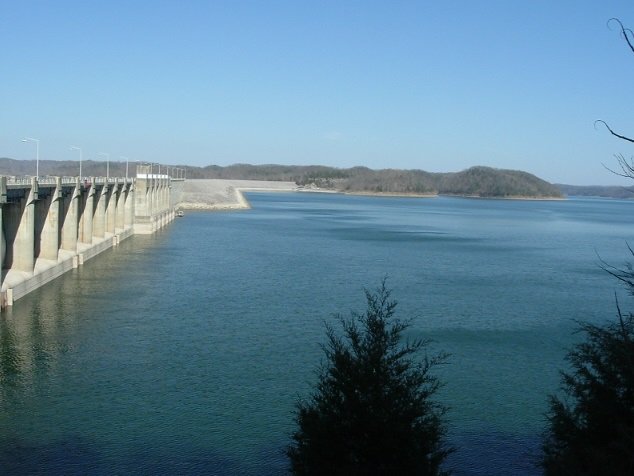 If you’ve ever been to the eastern part of the USA, you’ve undoubtedly seen the beauty of Lake Cumberland. This manmade lake was created by the Wolf Creek Dam and is more than 100 miles long. The Tennessee & Kentucky state line surrounds the lake, and its shoreline is more than a thousand miles long. This makes it one of the largest artificial lakes in the United States.

Visitors can choose from numerous activities on Lake Cumberland. The area has houseboat rentals and a pristine, wooded shoreline. Aside from boating, it is popular for fishing, boating, water skiing, and hiking. The lake is a great place to spend the day. 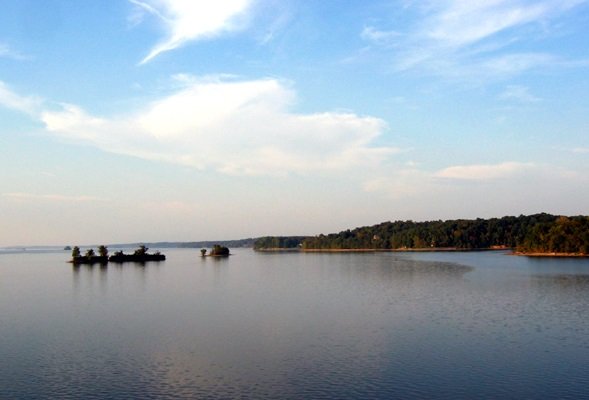 Kentucky Lake is located in the state of Kentucky. With 85 meters of water, this lake is one of the largest freshwater lakes in the country. The lake is situated between the mountains of Tennessee and Kentucky and is part of the land Between the Lakes National Recreation Area. It is a popular destination for recreational water sports. It is located in Kentucky and has pristine blue water. In addition to boating, there are also state wildlife areas, dozens of group camps, nearly 100 commercial and recreational areas, and three small wildlife areas.

The water temperature of Kentucky Lake fluctuates by about five feet a day during the summer, and it is safe to swim in the waters. Despite the cold weather, the water is generally clean enough for swimming. The TVA draws down the lake during the winter to maintain the reservoir’s water level. As a result, it is one of the largest artificial lakes in the USA, and it is also the largest reservoir in the TVA’s system. 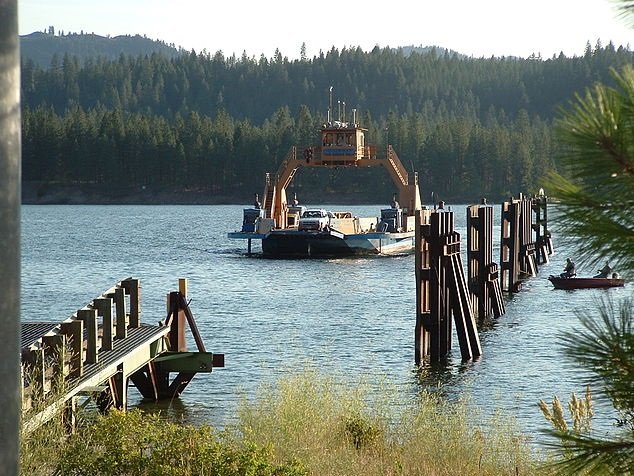 Franklin D. Roosevelt Lake, also called Lake Roosevelt, is a manmade lake located in the state of Washington. It was created through the Grand Coulee Dam, which is the sixth-largest manmade lake in the US. The lake spans 150 miles and covers 125 square miles. It has a maximum depth of 46 feet and serves many functions, including hydroelectric power and water supply. There are many recreation opportunities available on the lake, and it also serves as a wildlife habitat. 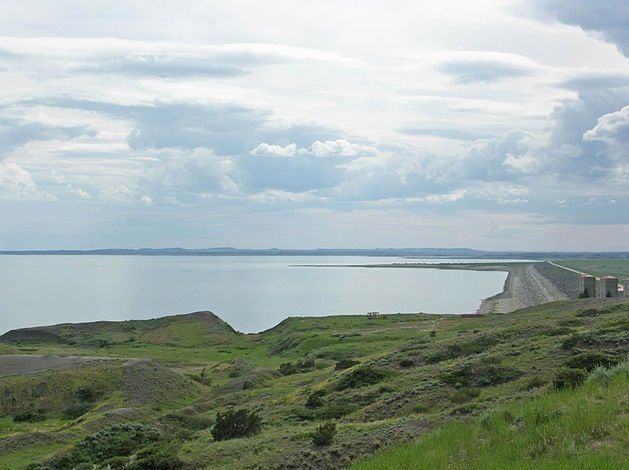 Fort Peck Lake is a manmade reservoir in central Montana, stretching over 1.520 miles with a depth of two hundred feet. It is created by building a dam on the Missouri River. Fort Peck Lake is a major tourist attraction and has 27 designated recreational areas on its shoreline. The lake provides flood control and water quality management and is home to a variety of wildlife, including fish and game. The dam helps provide irrigation water to the local farmers and helps control flooding on tributaries of the Missouri River. It also acts as a reservoir during high flows. 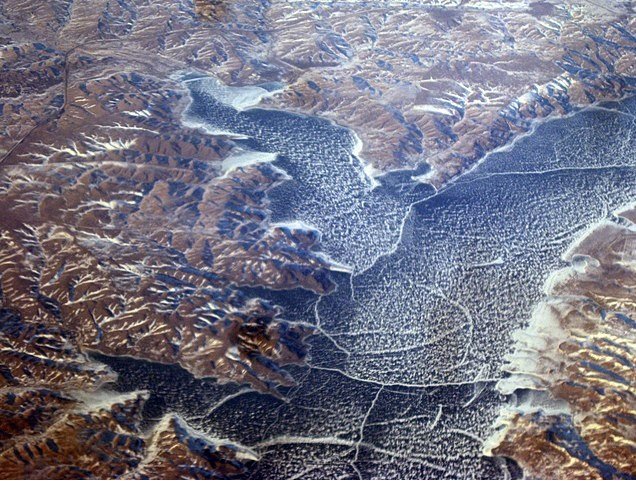 One of the biggest lakes in the United States is located in South Dakota, where the Oahe Dam sits. This earth-rolled dam forms the fourth largest artificial reservoir in the country and covers an area of 374,000 acres. In addition to providing irrigation, hydroelectric power, and navigational benefits, Lake Oahe provides abundant recreation for area residents and visitors. The dam is also responsible for providing electricity to many Midwestern states. However, climate change and large-scale mining operations have become major concerns for Lake Oahe. 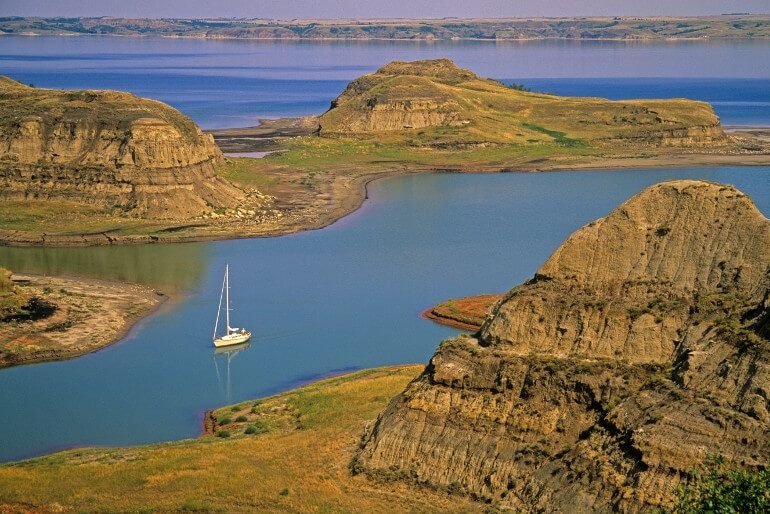 Lake Sakakawea is an enormous reservoir in North Dakota. It is one of the largest artificial lakes in the USA, with over 1,300 miles of shoreline. The lake is flanked by several wildlife management areas and state parks. It is home to the Audubon National Wildlife Refuge, as well as the State Park, which is one of the largest in the state. Lake Sakakawea is home to many national parks and a number of water sports, including fishing, boating, and camping. This lake is a vital source of hydroelectric power and is a popular recreational spot. 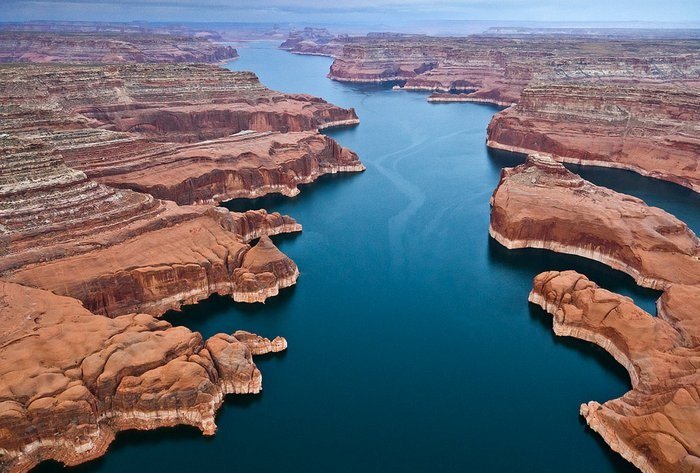 Located near the border of Utah and Arizona, the Lake Powell is fed by the melted snow of the spring months. It is a popular tourist attraction and is a major source of hydroelectricity. The dam also ensures steady water supplies in the Lower Basin. In fact, it covers more land than the western coast of the United States. It also has 96 significant canyons, with some measuring 15 miles long. 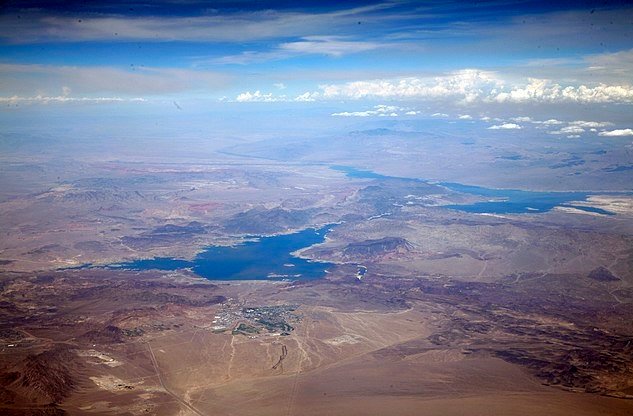 The water supply for Lake Mead was sourced from the Colorado River and started filling in the late 1930s. By the late 1940s, the lake had risen to about 1,045 ft above sea level. It continued to fill, fluctuating in elevation between 1,045 ft and 1,090 ft. During the early 1960s, the Nevada Division of Wildlife stocked Lake Mead with rainbow trout, which now inhabit the lake.

One of the largest manmade reservoirs in the USA, Lake Mead is located in southern Arizona and is a huge artificial lake formed by the Hoover Dam. While it is the largest manmade lake in the United States, it is only filled to full capacity once every two years due to drought. It has since been used for hydroelectric power, recreational purposes, and as a habitat for diverse wildlife.