Most Expensive Things Owned by Dan Bilzerian. Instagram’s playboy king Dan Bilzerian has a serious reputation for his extravagant lifestyle and controversial actions. Bilzerian has been gaining followers at a rapid pace. He currently has more than 27 million followers on Instagram and adds about 20,000 a day. Many people live vicariously through his photos of celebrity parties, fast cars, and gorgeous companions. But how exactly that this 38-year-old Florida native reached such an enviable status. Today we’re exploring how dan Bilzerian makes and spends his millions 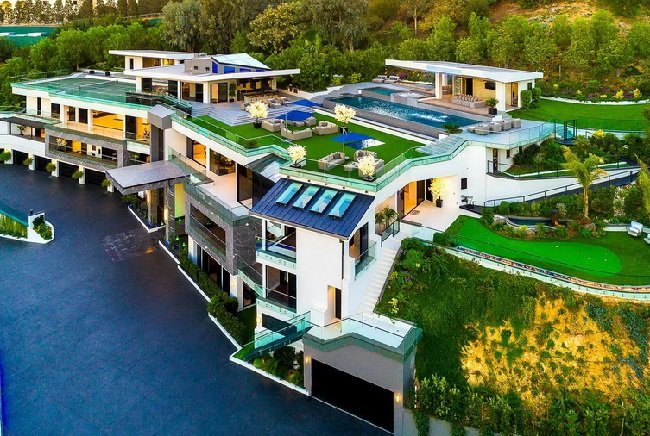 First, let’s consider Bilzerian’s prized possession is 250 million dollars bel-air home. It took a team of 300 people more than four years to renovate this property. And comes fully furnished with every amenity imaginable. It included such luxuries as 3 million dollars worth of luxury cars, a priceless art collection, a four-lane bowling alley, custom glass built pool tables, foosball tables, and ping pong tables. And the largest residential television in the world. Which is 30 feet wide and that is just the outdoor tv, which is placed at the end of an infinity pool looking out over Los Angeles.

It has no fewer than 12 bedroom suites, 23 bathrooms, and the 5,600 square feet master suite features a cavernous bedroom, bathroom, and closet. The 1.03-acre lot also includes 40,000 square feet of outdoor patio space. There are also glass tackle ping-pong pool and foosball tables along with a massive candy room. The estate also comes with an extensive collection of artwork. Highlights include an oversized metallic sculpture of like a camera by Chinese artist Lyle You Buy. And frames rock royalty custom guitars. And don’t forget the home 7 full-time live-in staff including a chef, chauffeur, and masseuse. 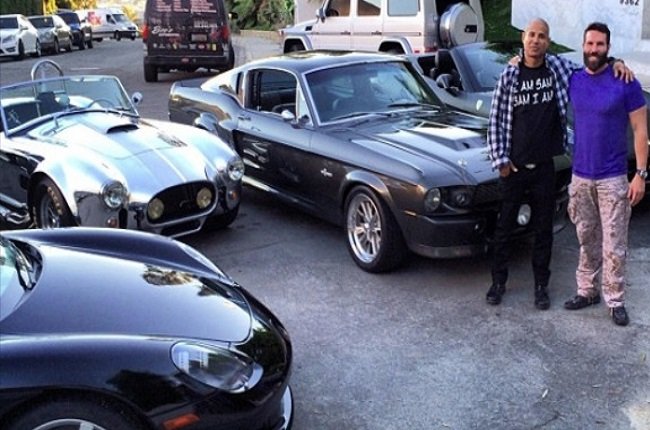 So Bilzerian has a palace fit for a king but how does he fill this massive structure. First of all his car collection is enough to make the biggest auto fanatic blush. Probably the crown of his collection is a mint-condition Lamborghini Aventador. The 390000 dollars white beast with black rims. On top of this is a 1965 Shelby Cobra. This vintage beauty is worth more than two million dollars. And what’s a car collection without a Rolls-Royce. Dan owns a white colored Rolls-Royce ghost with a base price of 250000 dollars in the united states. The stately roller is powered by a 6.6-liter v12 petrol motor which maxes out at 600 horsepower. It has a top speed of 249 kilometers per hour.

He also has a Mercedes-Benz Brabus G-63 AMG. This luxury pickup truck was only in the market for two years in 2015. It was decided to discontinue the model to give it an air of exclusivity with an eye-watering 1.5 million dollar price tag today it certainly feels elite. Another highly luxurious car in Dan’s garage is the all-black Bentley flying spur. The Bentley flying spur has a base price of 208000 dollars in the US. Another car that dan has been seen using on numerous occasions is his Mercedes-Benz G63 AMG 6×6. This absolutely massive SUV costs 975000 dollars.

And dan has plenty of cars that aren’t even street-legal. He has a 170000 dollar racing dune buggy. It’s one of the fastest dune buggies ever made and even has a roll cage in case things get out of control. It’s powered by a 1,600 horsepower Chevy small-block that’s been twin turbocharged and runs on e85 fuel. Though it only seats two passengers, this buggy has some serious specs. But what’s the use in having one dune buggy if you can trace it.

He also bought a 2015 can-am Maverick 1000R XTS turbo. The S3 power sports claims to have built with parts they either supplied or manufacture themselves. The base price of this two-seater sport UTV is listed at over 16,000 dollars and it boasts a two-cylinder fuel-injected v-twin engine with four strokes and a SOHC valve configuration with 976 59.5 cc ci displacement. As if the arsenal of cars couldn’t get any larger.

Bilzerian owns a six-wheeler camo military truck complete with enough arms to supply a small militia. Even with all these toys with ridiculous price tags. Bilzerian is still happy to find time for something at the cheaper end of the market. Take for example his Toyota Landcruiser. He uses this for his frequent outdoor adventures, diving, off-roading, and hunting. Based on different estimates Bilzerian’s collection is worth more than four million dollars. There are much more expensive car collections but it’s important to keep in mind that he actually drives these cars rather than allowing them to collect dust like many collectors. 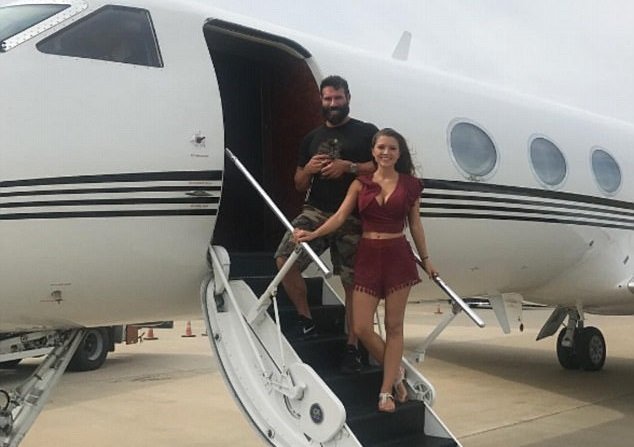 As dan’s followers know he is constantly shuttling between las vegas and Los Angeles. That’s where his private jet comes in handy specifically he owns a 1988 Gulfstream for the private jet. The jet was built in 1987 that was owned for many years by a corporation named ITT. There are only 360 gulf streams in the world as production ceased in 2018. I told my dad I bought this g-4. He said congratulations son by your age I had three. This was dan’s caption on the picture he uploaded to Instagram showing his family is no stranger to Gulfstream jets. And even on the used market these jets usually retail for at least five million dollars.

When Bilzerian isn’t relaxing on the beach or jet-setting around the world. He has another hobby anyone who follows his Instagram knows that Bilzerian is a gun fanatic. Bilzerian has a host of semi-automatic and fully automatic machine guns at his personal home along with some vintage pistols. This collection is worth just shy of a million dollars. However, Bilzerian’s ostentatious relationship with guns almost got him in a lot of trouble in 2015. When his house was broken into and the intruders went straight for the gun room. But security measures were in place. Then burglars were left empty-handed. Bilzerian later posted a photo of a UZI M16 and a ton of ammunition with the caption “if you’re going to break into my house you should probably bring some guns”.

Many think that Bilzerian glamorizes his affinity for guns but this is just a part of his ongoing controversy. People also know that Bilzerian has many weapons that are not available to most citizens. In fact, most of them banned in California where he lives.

Bilzerian has expensive tastes he doesn’t hesitate to spend on every occasion on prizes ranging from sports cars to private jet. But where exactly did this seemingly bottomless pile of cash come from? Officially he makes his millions as a professional poker player but for many people, the numbers just don’t add up. A wall street journal investigation has revealed that his father Paul Bilzerian who now resides at st. Kitts in the west indies is a convicted fraudster. Who is paid only 3.7 of a two-decade-old 62 million dollar judgment against him? Naturally, questions have been raised over how much if any of Bilzerian’s money comes from his father.

He acknowledges benefiting from his trust fund which kicked in when he was in his 30s. But he asserts that most of his fortune won at poker. There is little corroboration to his claim. However, Bilzerian wasn’t as well known in 2007 when he arrived in a Lake Tahoe casino with a cash-stuffed suitcase looking for a game. He has thus dumped the suitcase guy since then his high life globe-trotting ways include playing in ultra high stakes private games with billionaires. Where his poker playing skills are on display also he claims.

Bilzerian competed in the 2009 world series of poker main event and finished in a hundred and eightieth place winning 36000 dollars, his only recorded live tournament win. Certainly, it is difficult to prove that he earned his fortune through gambling. But because most of his games are private it’s equally difficult to disprove. Either way, the Florida native is worth well over 150 million dollars. Regardless of the source of his cash flow, it seems like Bilzerian isn’t slowing down anytime soon.

1 thought on “Most Expensive Things Owned by Dan Bilzerian”